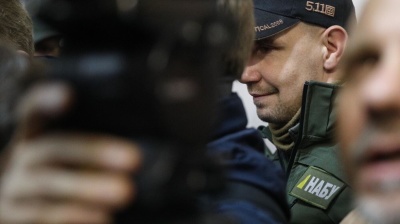 “Today the High Anti-Corruption Court (HACC) finally begins work in Ukraine. This is the last critical element in Ukraine's anti-corruption architecture and it will help win the battle against corruption. Ukraine finally has the ability to prosecute corrupt high-level officials,” tweeted Iluia Mendel, the president’s spokeswoman.

The appearance of the court appears right on schedule. Zelenskiy has on several occasions not only confirmed that the court will be set up but specifically named September 5 as the date when it will start work. The specificity of the date that the court appears suggests that the Zelenskiy team has a much more detailed reform plan than the paucity of his public statements on policy suggest. Zelenskiy named September 5 as the first day the court would start work back in May and repeated the statement in July.

The ACC is the missing piece in the triumvirate of a legal system that is designed to be entirely independent from government to hold members of government to account. The National Anti-Corruption Bureau of Ukraine (NABU) was set up four years ago to  investigate corruption and the Specialised Anti-Corruption Prosecutor’s Office (SAPO) was established to prosecute those accused. What was missing until now was an independent court to hear the cases.

The triumvirate has been a crucial demand by Ukraine’s international donors, but Poroshenko fought against it tooth and nail as he didn't want to upset the status quo that is built on a system of corrupt client-mentor relations. As bne IntelliNews has argued elsewhere, corruption is the system in Eastern Europe.

The appearance of the court will hopeful end a period of chaos amongst the anti-corruption bodies. A farcical rivalry broke out between NABU and SAPO, which were caught spying on each other last September and the ensuing row ended in a fistfight between the agents. One officer’s arm was broken. Other agents stole a car from the rival agency to make good their escape  - and promptly caused a car crash.