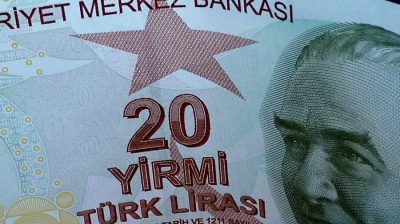 Another torrid day for the Turkish lira (TRY) left analysts saying Turkey will have to bring in emergency rate hikes soon.

The TRY on November 22 sank to its latest historic low of 11.4743 to the USD after a defiant Turkish President Recep Tayyip Erdogan vowed to succeed in his "economic war of independence". The authoritarian leader, widely regarded as having stripped Turkey’s central bank of its independence, continues to drive for growth at all costs, pushing his unorthodox argument that tight interest-rate policy will not lower Turkish inflation.

Speaking after a cabinet meeting, Erdogan said he preferred a competitive exchange rate because it delivers higher investment and employment. The lira weakness, he claimed, was caused by market games being played on foreign exchange and interest rates.

The lira’s performance on November 22 means it has logged record lows for a tenth straight session. The currency has lost a third of its value in the year to date and dropped 12% last week alone.

On November 18, the central bank cut its policy rate by 100 bp to 15%, following 300 bp of cuts made at its previous two rate-setting meetings. The move, which sent the lira down 6%, brought the rate below official annual inflation of just below 20% (unofficial estimates of inflation put it at around 50%). The regulator signalled more easing is in store.

"I reject policies that will contract our country, weaken it, condemn our people to unemployment, hunger and poverty," Erdogan said in response to market pressure for Turkey to reverse course in monetary policy. The difficulty with this argument, say critics, is that for more and more Turks, Erdogan's economic policies are bringing nothing but unemployment, hunger and poverty.

Societe Generale said in a note that Turkey would need to deliver an "emergency" rate hike as soon as next month. The monetary easing has "been economically and fundamentally unjustified," SocGen analysts wrote in a note to clients.

"Erdogan seems to be more aggressively pursuing a strategy of 'going for growth' to reverse the decline in his popularity ratings," they added.

Erdogan must stand for re-election no later than June 2023.

Unease about Turkey’s growing economic crisis was heightened among traders late last week by speculation among politicians and investors that Erdogan might soon replace Finance and Economy Minister Lutfi Elvan.

Erdal Yalcin, a professor of international economics at Konstanz University of Applied Sciences in Germany, on November 22 wrote on Twitter: “Turkey still is an open economy. Even though some people don't like it, Turkey relies on foreign capital. A continuous drop in #lira will lead to shutdowns of Turkish firms. Hence, if lira depreciates further, with low CB reserves, interest rates must increase—no choice!”