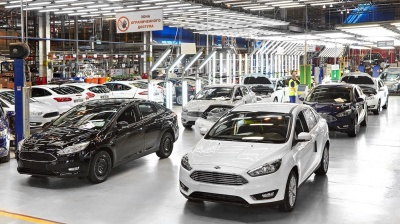 Declining consumer confidence and incomes will cause Russian passenger and light commercial vehicle (LCV) to contract by 3-10% in 2019
By bne IntelliNews June 27, 2019

The Russian government will resume the support for Russian car market as of July 1 given declining demand and sales, Kommersant and Vedomosti dailies said on June 26.

As reported by bne IntelliNews, market participants believe that declining consumer confidence and incomes will drive Russian passenger and light commercial vehicle (LCV) to contract by 3-10% in 2019. Extensive state support contributed to the recovery of the passenger car and LCV market in 2017-2018, but the sales have declined for two consecutive months in April and May 2019.

The automotive market is still digesting a substantial reduction in government subsidies stimulating retail purchases in the past, creating "a rather challenging environment," AEB wrote on the car sales declining by 7% in May.

Reportedly new support mechanisms were requested by the largest carmakers such as AvtoVaz, Renault, GAZ, Sollers, Hiundai, and Kamaz, as well as by dealers associations. The state will grant a total of RUB19bn ($301mn) to support car leases and loans, for the programs First Car, Family Car, as well discounted leasing of commercial vehicles.

The Ministry of Industry and Trade estimates that this would increase sales by an additional 75,000 vehicles in 2019.

Recent reports also claimed that the Russian car market could be shrinking faster than the industry data suggests, with a real decline in car sales at 18% in May 2019 if accounted only for actual sales by the car dealers.