Stagnation in Russia: how many opportunities are there for international (investment) banks in the rest of the CIS region? 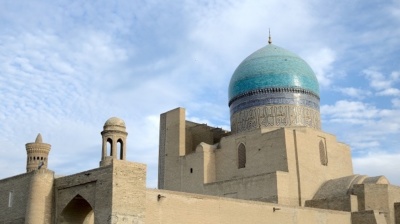 People are looking for business and deal opportunities in regional markets in the CIS region such as Uzbekistan.
By Gunter Deuber of Raiffeisen Research in Vienna August 28, 2019

Of course, Russia is not a growing market for international banking and capital market business at present. That's why people like to look for business and deal opportunities in other smaller regional (niche) markets in the Commonwealth of Independent States (CIS) region. However, too much (earnings) optimism should also be warned against here. The aggregated international bank exposures and the more volatile global capital markets deal flow (looking at placements from all sectors) in the CIS countries excluding Russia remain at the level of some of the smallest Central and Eastern Europe (CEE) countries like Bulgaria or Slovenia.

It goes without saying that Western economic and financial market sanctions that have persisted for years, the stagnation of the Russian economy itself plus the unending discussion about possible unilateral tightening of financial sanctions by the US have left their mark on exposures of international banks towards Russia. The same holds true for the deal flow on international debt capital markets out of Russia. According to established banking statistics, exposures of global banks towards Russia (currently around $115bn) are only 50-60% of their pre-crisis levels, depending on the reference figure or reference year. This means that macroeconomically stable Russia in the international banking business is of less importance nowadays than volatile or crisis-ridden Turkey, where international banks still have some $180bn in the fire (in terms of GDP, the country is much smaller than Russia, but well integrated into the international financial markets). At an average of $10bn-15bn per year, international debt capital market financing out of Russia (including transactions of all sectors) is also currently at almost one-third of its pre-crisis level. This means that this market segment is similarly large to that in crisis-torn Turkey as well.

Of course, the oil price collapse in 2014/2015 and the feeble economic recovery of the Russian economy following the immediate crisis years also played their part in the developments outlined above — in relation to Russia but also other CIS countries such as Kazakhstan or Azerbaijan. Since Russia represents by far the largest banking/financial market in the CIS region in absolute terms, regional business volumes in the banking and capital market business in the CIS region have also fallen considerably in recent years (by some 40-50%). During this development Russia's share in the regional banking business and capital market deal flow has also declined, while the share of the other the eight smaller CIS countries (Azerbaijan, Belarus, Georgia, Kazakhstan, Tajikistan, Turkmenistan, Ukraine and Uzbekistan) has increased in total.

In figures, this means that the share of these eight CIS countries in the total regional CIS exposure of international banks (currently just under $150bn) has risen from under 20% (16.9% in 2014) to slightly over 20% (20.5% currently). On the face of it, this is a rather sobering development given the massive adverse developments in the case of Russia. However, very different developments over time or in relation to individual countries must be considered here as well. Individual smaller CIS countries were able to book substantial gains in the long term (e.g. in the cases of Uzbekistan or Turkmenistan exposures from international banks doubled or tripled over the last few years — from a low base) or at least temporarily (Azerbaijan). In contrast exposure of international banks towards Ukraine or Kazakhstan also declined substantially over the last five years.

The figures outlined above show that there is no clear compensation in the international banking business for the little growing Russian business. In international banking statistics, we currently depict "only" $30bn in aggregated exposures towards the eight CIS countries named before — which roughly corresponds to the total exposure of foreign banks to a smaller country in Southeast Europe, such as Bulgaria. Moreover, it is worth mentioning here that the still relatively large exposures of international banks towards Russia reflect 20 years of growing integration into the world economy, international trade and global markets (including a banking sector with still considerable penetration by foreign banks). None of the other CIS countries has yet done so. Some are just at the starting point.

In the somewhat more flexible and less sizeable capital market area, the market share reshuffling within the broader CIS region is slightly more pronounced, but also much more volatile. Here, the share of CIS countries excluding Russia in the overall regional international deal flow has risen in recent years to almost 40-50% in some cases (e.g. 2015 and 2018). On average, a market share of just under 35-40% has been achieved here in the years since 2014 vs. 17-20% in 2012/2013.

However, overall annual aggregated transaction volumes for Azerbaijan, Belarus, Georgia, Kazakhstan, Tajikistan, Turkmenistan, Ukraine and Uzbekistan remained by and large at an annual average of some $10bn (for all countries and all sectors). Moreover, this number is very strongly linked to country-specific developments or individual transactions (e.g. in the case of Belarus, Azerbaijan, Georgia or Uzbekistan). Thus, individual good dealmaking years in relation to single CIS countries — in view of the overall rather weak deal flow from Russia — could lead to considerable concentrated transaction volumes (in the range of just under $2bn to $5bn) and shifts in market share. In some cases, individual CIS countries other than Russia were able to account for 4-5% of the regional CIS deal flow in individual years, but not over several consecutive years up to now.

To achieve a sustainable deal flow of significantly more than $10bn annually in the CIS region excluding Russia, larger capital market placements from Ukraine and Kazakhstan (including from the private sector) would have to take place on an ongoing basis and the corresponding conditions would have to prevail. That said, the numbers discussed here also show that no single CIS market excluding Russia to date has produced a constant capital markets deal flow that has reached truly remarkable dimensions. In this respect, the considerable market shares and concentrated transaction volumes mentioned previously represent "only" annual average transaction volumes in the range of $800mn to $1.8bn per country in the CIS region (excluding Russia) from a longer-term perspective. Excluding Kazakhstan — the market with the largest regional deal flow — these annual averages are even lower. The average deal volumes for the CIS countries (excluding Russia) outlined above are therefore roughly in the range of regular annual capital market placements out of smaller CEE countries such as Slovenia.

All the facts and figures discussed above are relevant for capital market players active in the region. On the one hand, CIS countries other than Russia can benefit in part from the stagnation regarding Russia-related international bank exposures and capital market deals. In other words: there is certain investor appetite for exposures to other smaller countries in the region (including debut issues in relation to individual issuers, sectors and maturity segments). However, in most cases such more exotic and less frequent issuance is no substitute for a more constant deal flow of more established issuers out of Russia (e.g. in terms of risk profiles, rating buckets etc.). Given the fragmentation of business volumes in the CIS markets excluding Russia, it is also clear that the money for international investment banks is not on the street and that there is no clear "winning market" in the region. Moreover, leading Russian investment banks are also looking beyond their home market to compensate for the limited Russia-related deal flow. Nevertheless, transactions with more exotic non-Russian CIS issuers (in lower rating categories) and debut issuances do offer attractive fee collection opportunities, door openers and possibly interesting prestige successes.

Since the trends outlined above are unlikely to change in the medium term (limited business potential on the large Russian market, opportunistic opportunities elsewhere), it will continue to be interesting for the (international) banks operating in the region to continue to tap into certain niche markets and/or market niches. One example is the development of the local capital market in Ukraine. Similar developments and similar international investor interest are conceivable regarding Belarus or Uzbekistan.

ALACO DISPATCHES: I say Moldovan, you say Romanian…
5 hours ago
ING: Russian budget spending plays catch up in January
4 days ago
TRACE: A closer look at corruption risk in the western Balkans
11 days ago
ING: Poland's growth slows sharply and the outlook is poor
23 days ago
ASH: Putin moves from "Fortress Russia" to "Go for Growth"
23 days ago