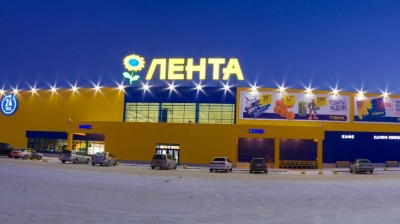 Lenta posted its first ever drop in revenues in 3Q19 but none of the leading supermarket chains are doing well.
By Ben Aris in Berlin October 30, 2019

The second tier Russian supermarket chain Lenta has reported its first ever drop in revenues that showed sales declining by 0.4% y/y in 3Q19 to RUB100.4bn ($1.6bn), but the entire industry is going through a rough patch as shopping habits are changing rapidly.

Lenta is the third biggest supermarket chain in Russia, but has been struggling to keep up with its rivals, market leader X5 Retail Group and Magnit. The fourth largest supermarket chain Dixy has had even more problems as the sector is maturing and it has increasingly become a winner takes it all deal.

Dixy has been doing even worse and in September tried to remake itself completely by merging with liquor store chains Bristol and Red & White, under the umbrella of Cyprus-registered DBKR Mega Retail Group Limited, to form the third biggest retail outlet in Russia. The company had been unsuccessfully trying to catch up with its peers. The jury remains out on if the merger will change its fortunes.

The explosive growth of Russia’s supermarket chains has come to an end as organised retail starts to run up against structural constraints. The leading chains have switched from expansion to grab more market share to improving profitability and have even begun to close some of their more unprofitable stores.

And that is Lenta’s Achilles’ heel. In the 90s organised retail was new and punters favoured large glitzy hypermarkets. But as shoppers become more sophisticated and are also buying more of their staples online the nature of shopping has changed. Punters increasingly prefer the smaller more specialist formats that are closer to their homes as shopping becomes a “local” affair.

The change is clearly visible in this year’s Watcom shopping index that tracks footfall in Moscow’s biggest malls, where traffic is down to its lowest level since the index was launched four years ago, although thanks to this year’s freezing cold summer temperatures the big malls have seen a brief respite.

Both X5 and Magnit are closing their hypermarkets and Magnit also took a hard hit to profits in the third quarter, which were down by 57% year-on-year as it restructures its business.

Russia’s largest retailer X5 Group has followed its peers and showed weaker results on deteriorating market in 3Q19, exacerbated by the costs of launching the hypermarket refurbishing programme. In the reporting quarter X5 posted 12.4% year-on-year increase in revenues, but the bottom line dived by 72% year-on-year.

Lenta is suffering from the same problems as sales sink and it also has a lot of hypermarkets and actually opened two more this year. Lenta’s like-for-like (LFL) sales were negative 0.5% y/y as traffic outflow was the most significant in the last nine quarters (down 2% y/y) and was not offset by a growth in the average ticket price, that was up by only 1.5% year-on-year, VTB Capital (VTBC) said in a note.

The first ever decline in the company’s revenues was driven by combination of a marginal uplift in retail revenues (up 3% y/y) and a wholesale turnover that more than halved (down 55% y/y to RUB2.6bn).

“In the absence of notable organic growth, Lenta suffered from a reduction of visit frequency and basket items, driven by colder weather, lower non-food demand and seasonal goods,” VTBC said.

However, unlike its peers Lenta is still opening new hypermarkets and plans another eight this year as well as three new supermarkets at a cost of RUB17bn.

But the company’s focus is shifting as during a conference call with investors this week, the company said it has plans to invest some RUB2bn into opening 29 new supermarkets, but in keeping with the new philosophy in the retailing business, these new supermarkets will be a bit smaller and target urban neighbourhood centres in keeping with the “go local” strategy that is becoming standard.

The total selling space of the new supermarkets will be 24,000sqm, with the stores being launched beginning in early 2020 and continuing until the end of the first half of 2021.

Management also indicated plans to relaunch its St Petersburg hypermarket that was closed due to fire in November; it plans to use its concept and make the hyper its flagship store.

According to the St Petersburg anti-monopoly service, organised chains accounted for 91% of the food retail market in Russia’s second largest city in 2018. The leader was X5 Retail Group with 27%, followed by Lenta with 13.7%, and O’Key with 11%.