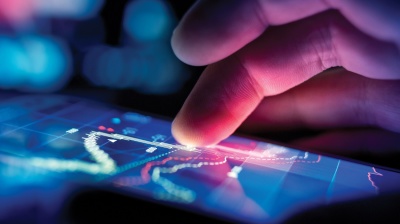 Russia's IT segment expects losses in the April-June period, but the government is mulling a $2.7bn aid package to help companies through these lean times
By Vladimir Kozlov in Moscow May 25, 2020

The industry has called on the government to enact a bailout programme for the sector in a letter addressed to the cabinet and the economic development ministry.

The communications ministry shares the industry's concerns and it has supported a set of 15 measures, originally proposed by IT industry players.

The set of measures, aimed at softening the blow for Russia's IT sector, include the scrapping of value added tax (VAT) in the areas of remote health and education services and food delivery from the second half of 2020 to 2024, an instalment plan for income taxes payable by company employees in July to December 2020 and cancellation of mandatory payments to the social security fund in the second half of 2020, Vedomosti reported.

Deferred payments would be made over a three-year period. Among other proposed measures is the lowering of the income tax rate for companies from the current 20% to 12%.

Defending the bailout programme, the communications ministry said that a lack of support for the IT sector could result in a RUB100bn ($1.35bn) decline in revenue in 2020, 10% year on year, and the laying off of 27,000 people.

Investment in the sector is also forecasted to decline by about 7% y/y in the April to June period.

"The industry's substantial loan burden of over RUB216bn ($2.9bn) is likely to become an additional negative factor for the development of the industry under a crisis scenario," the ministry said in a statement. "Operational profits could go as low as zero already in the second quarter of 2020, which would result in a negative profit after paying loan instalments and making other payments."

According to the communications ministry, the implementation of the support measures for the industry would, in turn, result in a much more positive scenario, under which the IT sector would have extra funds that could be spent on investment and keeping the current number of employees, while in 2021, more jobs would be created.

In April, the Russian IT sector saw a 40% y/y decline in revenue, Alexei Smirnov, general director of software firm Bazalt SPO, was quoted as saying by Vedomosti.

Smirnov also questioned the data from the Central Bank of Russia (CBR), under which the decline in the software segment in April was only 9%. According to Smirnov, the figure is not accurate, as it included supplies of imported software.

If the government fails to adopt the proposed bailout package for the IT industry, up to one third of all companies operating in the segment may not survive the current crisis, as they don't normally have assets that can be used as collateral for bank loans, Smirnov concluded.

Among the IT industry's segments that are likely to suffer the heaviest blow are those targeting the corporate sector and IT integration firms focused on rolling out IT solutions for businesses, Rustem Khairetdinov, vice-president of Infowatch, told Vedomosti.

So far, the IT sector has not been added to the Duma’s list of 1,151 “strategically important” companies introduced on April 30 that are entitled to state support.

If the government supports the bailout measures for the IT industry, it will set back the state budget by RUB198.7bn ($2.7bn) in 2020 and by another RUB68.1bn ($921mn) in 2021, according to the communications ministry. However, in the longer run, the bailout package would pay off, as the government would collect an extra RUB782.7bn ($10.6bn) from the IT sector in taxes and other payments between 2022 and 2024. 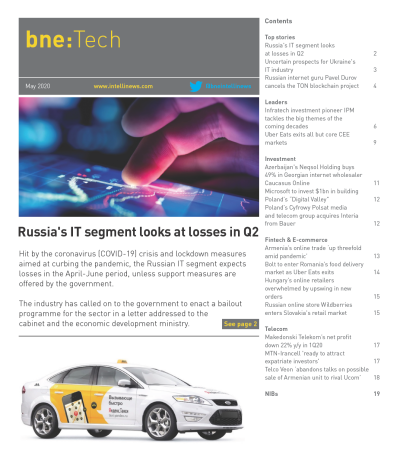 Funding will be used for InoBat Auto’s €100mn EV battery R&D facility and production line as it prepares to become the first European supplier of customised EV batteries.

S&T says Iskratel's work in the IIoT software and 5G areas will strengthen its product portfolio.

As businesses re-open their doors across Belarus, they have help from a contact-tracing app based on New Zealand’s successful coronavirus (COVID-19) Tracer app, Kontakkt Space, it was announced in a press release on June 24.