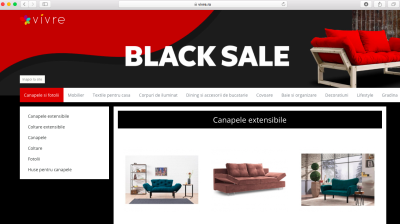 Romania-based Vivre Deco, one of the largest online retailers of furniture and decorations in Central and Eastern Europe, successfully completed a private bond placement and raised €3.5mn. The bonds will be listed on the AeRO platform of the Bucharest Stock Exchange.

The bonds mature in 2025 and carry a 5.25% annual coupon, according to a statement from Banca Transilvania Financial Group, which managed the placement.

Vivre Deco was founded by Romanian entrepreneur Monica Cardogan. One of its significant shareholders is the Neogen group, founded by Calin Fusu.

The company operates on nine markets in Central and Eastern Europe and has shown sustained development over the last five years, with turnover increasing by an average annual rate of 28%.

Government may delay Yarovaya data law requirements for one year, due to pandemic

The government may delay imposing part of the investment obligations on telecoms companies under the so-called Yarovaya law for a year to ease the pressure during the pandemic crisis that would have cost $1bn.

Russia's Yandex.Taxi's IPO still on, as it struggles to stay profitable
6 days ago
Russia's IT segment looks at losses in Q2
6 days ago
EV battery company InoBat Auto acquires site for Slovakia R&D centre
3 days ago
Hungary's government rolls out new subsidy scheme for EVs, e-scooters
4 days ago
Government may delay Yarovaya data law requirements for one year, due to pandemic
4 days ago