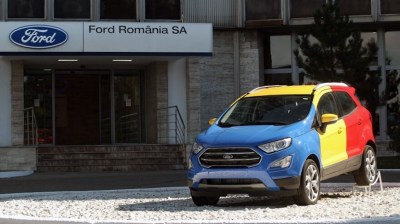 Romania’s two main car factories are benefitting from the country’s large network of auto parts suppliers that has allowed them to maintain production despite interruptions to global supply chains.

The Dacia and Ford car factories in Romania continue to operate at a normal pace and their suppliers have adjusted their deliveries so that there are no production gaps, Ziarul Financiar daily reported.

Higher integration of production in Romania, supported by the large car parts sector, have contributed to the steady and uninterrupted production so far, but eventually, given the delayed deliveries from China, such events are not impossible.

According to a report from IHS Markit on the economic and industry impacts of the COVID-19 virus, the motor vehicles and parts industry will be hit most severely. Globally, it is expected to contract by 4.4% this year.

Other car factories in the region, such as the Fiat plant in Serbia, have already been facing problems related to disruption in the supply of electronic parts from China. Fiat Chrysler Automobiles (FCA) was one of the first major producers in Europe to halt operations, suspending its assembly plant in Serbia in February because of a shortage of parts from China due to coronavirus-related trade restrictions.

The Romanian factories have implemented additional protection measures related to the Covid-19 epidemic and employees who are not involved in production activities can work from home.

“The [Dacia] factory in Mioveni operates at a normal pace. It is difficult to estimate the impact of Covid-19. We are prepared for this crisis level and we have anticipated a management system together with our suppliers and logistics operators. The activities of Supply — Chain, Procurement, Engineering, Quality are all involved to come up with alternative solutions if this is necessary for the continuation of the activities,” representatives of Renault Groupe Romania told Ziarul Financiar.

Romania’s car production rose by 6% in the first two months of the year, compared to the same period of 2019, to over 91,000 units, according to data released by the Romanian Association of Automobile Producers (ACAROM).

The rise in production during January-February was exclusively supported by US carmaker Ford’s factory in Craiova, which produced almost 40,000 cars in January and February, up 90% from the same period last year. This followed Ford’s launch of production of a new SUV model, the Puma, toward the end of last year.