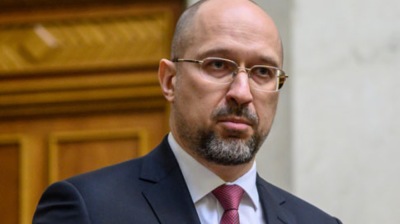 The Verkhovna Rada has appointed Denys Shmyhal as prime minister of Ukraine.

A total of 291 parliamentarians voted in favour of his candidacy, which was proposed by President of Ukraine Volodymyr Zelenskiy, Interfax Ukraine reported.

On March 4, the parliament approved the resignation of Oleksiy Honcharuk, who had held the post of prime minister since August 29, 2019.

Shmyhal was appointed as deputy prime minister and minister for communities and territories development on February 4, 2020.

Shmyhal immediately advocated a reduction in salaries to ministers and members of the supervisory boards of state-owned companies.

"There are expenses that we must reduce: this concerns salaries and bonuses of officials, including ministers of the new government, members of a number of supervisory boards and other officials," he said, speaking in the Verkhovna Rada.

This was a complaint of Zelenskiy to Honcharuk and a crowd pleasing measure.

Shmyhal also said it is necessary to revise the national budget to increase social benefits in comments after his appointment was confirmed – another crowd pleaser.

"There are a number of challenges that we need to tackle immediately. This is to prevent the economic and budget crisis. I believe that we should revise the national budget for 2020 in terms of increasing payments and pensions for ordinary Ukrainians," Shmyhal said.

Zelenskiy initiated the government shake-up after his popularity at the polls took a beating in the last months as the public are increasingly disillusioned with the slow pace of reform and the failure to deal with deeply entrenched corruption.

In his own comments to the Rada, Zelenskiy noted the lack of real results of the work of law enforcement agencies in the fight against corruption.

There are six bodies that must ensure order and justice in Ukraine, the head of state said.

"Isn't that enough, or do we need one more to finally realise the proverb, 'A child with seven nannies has only one eye?'" the president said.

Also on his first day Shmyhal and fellow ministerial appointees Oleksiy Chernyshov and Illia Yemets all submitted electronic declarations on their property and incomes in 2019 as candidates for ministerial positions in the new government.