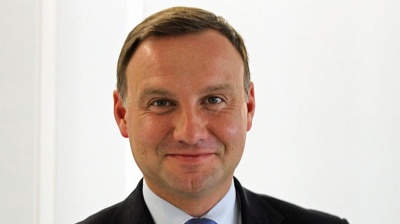 Poland’s ruling coalition has submitted the text of a new draft law that aims at carrying out the presidential election this summer after the vote on the constitutionally scheduled term of May 10 fell through in highly controversial circumstances.

The attention now shifts to the summer vote, for which the incumbent President Andrzej Duda, PiS’ staunch ally, will have to campaign during an unprecedented economic crisis in the wake of the coronavirus (COVID-19) pandemic. That could well dent his reelection chances, a major worry for PiS, which does not have a majority in the parliament to overturn vetoes by an opposition president.

Poland’s macroeconomic indicators are collapsing in the effect of the lockdown measures imposed by the government to curb the spread of the coronavirus. CEE’s largest economy is set to suffer a 4-5% contraction of its GDP this year.

The coalition, led by PiS, gave in to internal dissent and obstruction by the opposition against the May vote, which PiS controversially wanted to be mail-in only.

Getting some 30mn voters to post their ballots during the coronavirus pandemic would be obviously dangerous to public health, experts long warned. Poland had 16,206 confirmed coronavirus cases as of Sunday afternoon, including 803 deaths.

A mail-in only election also posed questions about it being free and fair. There also were doubts about the secrecy of the vote and the effective distribution of the ballots to Poles with hundreds of thousands of people not living at their officially registered addresses.

In the draft text submitted to the parliament last night, the ruling coalition has given up on the mail-in only vote, allowing voters to cast their ballots by post only upon prior notification.

The draft also puts the State Electoral Commission (PKW) back in – some – control over the election process. It also says the candidates who ran for the May vote are automatically candidates in the new vote as long as they declare so, without the need to gather signatures and meet other requirements.

Two recent polls might have signalled some weakening of Duda’s standing with voters although he still leads by a huge margin.

In a poll by IBRiS, Duda has 45% with the second most popular candidate, TV personality Szymon Holownia who pitches himself as a candidate from outside of the political coteries, at 19.5%. In another poll, by Pollster, Duda has just over 40% against Holownia’s 20%.

That is a huge worry for Duda. If the incumbent president fails to win 50% of the vote, he will face Holownia in the run-off vote. In that scenario, most opposition voters are likely to back Holownia, possibly tilting the final result just against Duda.

The speaker of the Sejm, the lower house of the Polish parliament, PiS politician Elzbieta Witek, is expected to announce the new election date in up to two weeks.