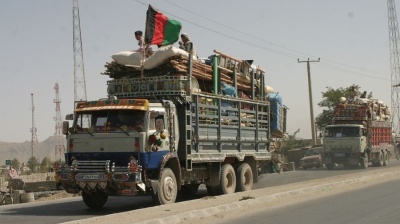 The US airlift of Afghanistan refugees drew parallels most notably to its post-Vietnam predecessor four decades ago, and the country’s displacement crisis has lingered among the world’s longest running and biggest at 5mn before the Taliban’s return to power. It follows the Syria and Venezuela exoduses, also of historic proportions, with international aid delivery chronically half short of pledges, and private investors grappling with economic and financial implications when market performance was not a reference in the immediate aftermath. In the early days migration flows and their fiscal and security costs did not factor into Turkey or Colombia portfolio decisions.

In this sense the latest Afghan episode was a complete departure, as the fallout on its neighbours was frequently quoted in stock and bond prices as overarching risk measures. Pakistan and Uzbekistan sovereign debt values barely budged, and so-called frontier markets in Kazakhstan, Tajikistan and Iran were monitored as supplemental channels.

These neighbouring markets could be tapped as part of the next phase global coordinated refugee fundraising effort, and bridge the tens of billions of dollars annual gap in UN appeals. They are in benchmark indices already familiar to conventional institutional investors, and a natural fit for Environmental, Social, Governance (ESG) dedicated funds looking to expand the social offering base. An entire sub asset class for mass displacement as in the green category can be created, as a predictable long-term funding channel beyond the hasty $1bn emergency EU pledge.

The need for private sector innovation to meet the fiscal challenges posed by the global refugee crisis was recognised two years ago in the World Refugee & Migration Council’s paper “A call to action: Transforming the global refugee system”. As most countries hosting refugees are emerging markets where global banks and fund managers actively invest, it would be possible to adapt traditional credit and capital market instruments including sovereign refugee bonds and equity funds to full the funding gap.

Concept stages were reached in Colombia and Jordan in official-commercial partnership but did not advance further.

Pakistan hosts millions of Afghan refugees already, and is hard pressed under its IMF programme to widen the 3% fiscal deficit for social and security spending. Bank shutdowns and dollar shortages in Kabul ricocheted automatically across the border. Informal hawala network fees skyrocketed for basic trade and remittances, and the rupee exchange rate fell to a one-year low of PKR165 to the US dollar. It regularly issues conventional Western and Islamic-style sukuk bonds for budget purposes, and plans a green instrument debut for environment projects. However, investors worry that the persistent trade deficit and end of Paris Club virus debt relief that is expiring this year threaten a repayment crunch. China, under its $60bn economic corridor, is also renegotiating energy and infrastructure loan terms that could weigh heavily on future obligations as another refugee wave prepares to enter.

The stock market in turn had been in five-year decline on negligible foreign investor inflows and company-trade size constraints and was demoted to frontier status in the benchmark emerging market index as the US endgame in the twenty-year conflict unfolded. Bank, cement and energy listings provide goods and services routinely to the Afghan refugee communities, and with the frontier market re-entry as of this month the weighting of Pakistan shares will be 2% of the total drawing international fund manager attention. Importantly the Shanghai stock exchange holds a large stake in its Karachi counterpart, and part of its strategic plan is to expand offerings around the 2030 Sustainable Development Goals including orderly migration.

Uzbekistan began reaching out to the Taliban three years ago on diplomatic, raw materials and infrastructure project cooperation as it and Kazakhstan reposition as an international humanitarian aid hub. President Shavkat Mirziyoyev is up for re-election in October after a five-year term trying to undo his predecessor’s hermetic state monopoly legacy. He depreciated the currency and opened banking, consumer goods and natural resources to foreign participation. His economic team enlisted the former head of the European Bank for Reconstruction and Development  (EBRD) as an advisor, and with the government still in control of half of gross domestic product, they have outlined an aggressive privatisation programme to sell thousands of assets. Oil and gas and mining companies are prominent on the initial list, and a stake in the local Coca-Cola bottler went to a Turkish buyer in August. Offerings will go through the startup stock exchange as it develops, with price-earnings ratios now five times, a fraction of those in its neighbours.

GDP growth last year was 1.5% despite the pandemic and may quadruple this year, but youth unemployment and poverty are both 15%, and human rights doubts linger including on child labor. The sovereign credit rating is “B” with international bond placements both in local and hard currency, and the UN has been called in to improve ESG scores. Uzbekistan aims to generate on quarter of its electricity from abundant solar energy by the end of the decade in a $6bn partnership with a UAE wealth fund. The president originally signalled reception for hundreds of thousands of Afghan refugees before backtracking, and mobilising these nascent financial markets and relationships could facilitate that intent.

Turkmenistan alone will readily admit them to date, and has an outstanding sovereign bond for hydropower dam funding in addition to hefty Chinese loans it seeks to reschedule. Kazakhstan is a top performing frontier stock market this year up 60% in US dollar terms, and Iran also has a $200bn market with companies serving the sub-region’s other outsize Afghan exile population. The US exit investor rush to banking and securities in the region was a watershed opening.  As the international community organises for the Taliban encore era, it can grasp these outlets to raise billions of dollars in long-term private capital and credit sorely lacking in the region, and a future marker for mass displacement response reinvention. An immediate pilot could be developed with Pakistan as the best known and largest base under the announced $1bn EU aid umbrella. On wide scale displacement, global banks and asset managers can begin to contribute to lasting policy and funding solutions following their commercial and reputation interests as in other common goods realms.