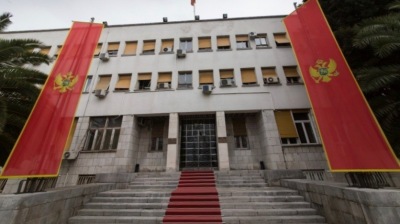 Montenegro’s ruling coalition is once again in question with one of the biggest parties, the Democratic Front (DF), saying it will boycott parliament after pro-Serbian justice minister Vladimir Leposavic was sacked over his denial of the Srebrenica genocide.

The dispute has been ongoing for months. In March, Leposavic said he would recognise that the massacre in Srebrenica where over 8,000 Bosniak men and boys were killed by Bosnian Serb forces in 1995 was genocide only after it is "proven undoubtedly".

He also claimed that the UN war crimes tribunal in The Hague, which classified the massacres of Bosniaks from Srebrenica as genocide, had no legitimacy. Leposavic claimed that the court lost its legitimacy after destroying evidence about the trafficking of the organs of Serb civilians in Kosovo.

The DF has strongly opposed the demand of Prime Minister Zdravko Krivokapic for the removal of Leposavic since the beginning.

Eventually, Krivokapic said he decided to seek Leposavic’s removal after the justice minister declined to resign.

However, as the DF refused to back Krivokapic, Leposavic was dismissed with the support of the opposition Democratic Party of Socialists (DPS), which ruled Montenegro for three decades before being ousted by a broad coalition of opposition parties last year.

The vote took place shortly after Krivokapic's government finally managed to get the 2021 budget through parliament after a long standoff with the DF. However, several members of the ruling coaliton were outraged that the government received support from the DPS to remove Leposavic.

“I call for getting rid of the DPS so that we do not build Montenegro with them anymore, to gather as soon as possible and decide what to do next,” Slaven Radunovic, one of the leaders of the DF, said in parliament after the vote as quoted by public broadcaster RTCG.

"Until then, we shall not participate in the plenary sessions anymore, if you have a new majority, just go with them. Whoever wants to be with the DF can agree with us. This also applies to the leadership of the parliament, because now we are resetting the situation to zero and looking for a new agreement,” Radunovic added.

The parliament also adopted a resolution on the Srebrenica genocide, which was not backed by the DF.

Meanwhile, the Socialist People’s Party (SNP) will seek an emergency meeting of the ruling coalition. Its leader Vladimir Jokic said that Leposavic was replaced in coordination with the DPS.

“I insist on new agreement and on respect of all other agreements achieved so far. If this does not happen, we shall respond adequately to everyone who want to disrespect people’s will,” he said.

Jokovic also said that the ruling coalition will first hold a meeting and then decide whether to initiate a no-confidence motion against Krivokapic.