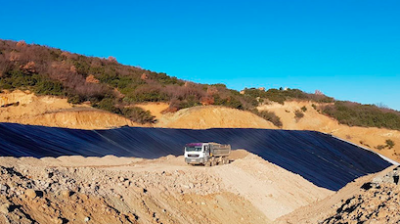 The Macedonian government decided on March 27 to annul the agreement on the construction of Kazandol mining complex in the south of the country, after environmental concerns were raised.

Sardich MC, a company set up with British and Ukrainian capital, signed a concession deal with the Macedonian authorities on the exploration of copper, gold and silver at the Kazandol site in 2015, when the now opposition VMRO-DPMNE led the government. Residents voted against development of the deposit in a referendum, and prosecutors are also probing the process by which the concession was issued.

Macedonian Prime Minister Zoran Zaev said that the deal was terminated because the concessionaire failed to meet the obligation to build the cathode copper exploitation plant within two years of the date when the concession deal was awarded.

The decision came after the government said on March 13 that it had asked the Ministry of Economy to prepare information within one week about the fulfilment of conditions for termination of the concession agreement.  The decision will enter into force the day after its publication in the Official Gazette.

Zaev added that the government will pay no penalties because the concessionaire failed to honour the agreement.

However, some media reported recently that the government is likely to have to defend itself before the Arbitration Court in London if it terminates the deal for the Kazandol mining project. Broadcaster 24vesti learned that Sardich MC will initiate a procedure against Macedonia and will seek compensation of €380mn if the government unilaterally terminates the agreement for ore exploitation.

Sardich MC’s London law firm has already been in the country and made an estimate of the damages, 24 vesti reported earlier this month.

The Public Prosecutor's Office is also investigating whether the concession deal for Kazandol project was issued regularly, according to 24vesti.

Sardich MC is owned by Copper Investments (COPIN), in which Ace Spasenoski, a former agricultural minister in the VMRO-DPMNE government and former ambassador to Ukraine, serves as non-executive director, 24vesti said.

COPIN has 58 employees, who are mostly based in Macedonia, according to the company’s website. Sardich MC also has a licence for geological exploration works at the Petrosnica and Plavus sites in Macedonia.

"The government is fully committed to the economic growth and protection of the health of citizens. Citizens' health and environmental security is above any private interests,” Zaev said at the news conference following the regular government meeting.

The referendums followed an aggressive campaign by local environmental groups, who said the authorities should not issue a licence to open the mines because mining would pollute the area near the Greek border.

They argued that the gold ore would be extracted with explosives that would ruin the mountain where the mine was planned, while the use of cyanide for separating the gold would cause disastrous pollution in the area, which is mainly used for agriculture but also for tourism.

Sardich MC launched construction works for the production of copper cathodes at the Kazandol complex near the town of Valandovo in August 2016. Investments of €35mn were planned.

Revenues from the Kazandol mine were expected to amount to €135mn in the first seven years, or around €20mn per year.

Exploration works showed that Kazandol has reserves of 33mn tonnes of ore with an exploitation period of 20 years.

Dear Readers, Merry Christmas & Happy New Year! bne and bna are breaking up for our annual Christmas holiday. We will continue to cover major events over the holiday period as they happen, ... more

The digitalisation of North Macedonia’s public administration will be the focus of capital investments projected in the state budget, and the benefits are yet to be felt, local media reported on ... more

The Macedonian Stock Exchange (MSE) introduced a new corporate government code on October 26, taking another significant step towards the adoption of European standards on local capital markets, the ... more