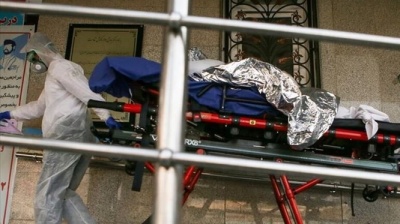 Iran’s health minister has warned that the country faces a doubling of its daily rate of coronavirus (COVID-19) deaths if Iranians don’t abide by rules brought in to stem the spread of the disease.

“This is the last chance for our health system to recover, if people fall short we will lose the game and reach four-digit death figures ...and that is an abyss from which it is difficult to escape,” Saeed Namaki said, state media reported.

Almost every day by now is bringing dire new official records in coronavirus infections and deaths in Iran. New infections rose by a record 13,421 in the latest recorded 24-hour period, taking the cumulative total to 801,894, the health ministry said on November 18. The daily death toll was a near-record 480, taking the overall number of virus deaths so far to 42,941. Observers say the unofficial picture, taking into account infections and deaths that go unrecorded, may be far worse.

The government said stricter restrictions to battle the pandemic would be imposed in Tehran and some 100 other cities and towns from November 21. Non-essential businesses and services would be shut or seriously curtailed and cars would not be allowed to enter or leave those localities.

Police said the ban on cars leaving or entering provincial capitals would go into effect as early as November 19.

In a parting shot, Iran imposed sanctions on US President Donald Trump on the eve of the January 20 transfer of the American presidency to Joe Biden. Trump and a number of members of his ... more

Iranian Foreign Minister Mohammad Javad Zarif on January 17 lashed out at claims from French counterpart Jean-Yves Le Drian made in an interview with the Journal du Dimanche that Iran is building up ... more