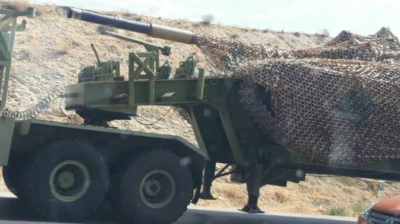 All the posted footage is unverified but nevertheless it prompted Iran's foreign ministry to deny weapons consignments were being permitted. / Telegram social media.
By bne IntelIiNews September 29, 2020