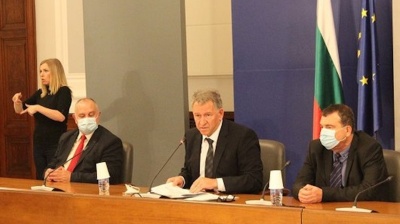 Bulgaria’s caretaker Health Minister Stoycho Katsarov said on June 3 he is dismissing the management of the VIP Lozenets University Hospital, formerly named Governmental Hospital, over illegal transplants carried out between 2019 and 2021, as well as financial abuses.

Katsarov said at a press conference that between 2019 and 2021 the hospital has made 14 transplants of kidneys from living donors with all of the donors being young people from Ukraine and Moldova, while recipients were citizens of Oman, Israel and other countries. According to Bulgarian law, transplants from living donors are only allowed if the donor and the recipient are relatives.

The new scandal adds to mounting revelations of the caretaker government of widespread corruption and abuse of offices during the third government of former prime minister Boyko Borissov.

The hospital previously treated top politicians and officials, but is supposed to admit any patients currently.

Documents about the suspected illegal transplants will be provided to the police for fact checking as there were reasons to believe the donors and recipients were not relatives, Katsarov said.

Moreover, the Medical Supervision Agency has carried out checks and received information from the respective countries that the identities of the patients were false.

The hospital also broke the law when carrying out a transplant from a deceased donor in April. Instead of transplanting the organ to the first patient on the waiting list, it was given to the fourth in line, who held a very high position in a state administration, Katsarov said but gave no further details.

“At the day when an order for investigation [by me] was issued the money was returned to NZOK, explaining the incident as a technical error,” Katsarov said.

He added that the executive director of the hospital has not provided reasonable explanation on the alleged error and that 60 technical errors within a month are unlikely.

“For me, this is not a technical error but draining of the health fund,” the minister said. The information has been passed on to prosecutors.

Meanwhile, Katsarov said he investigated the hospital’s operations following a reported loss of BGN21mn (€10.7mn) for 2020. Katsarov said that over the year just 23% of beds at the hospital were occupied, including during the peaks of the coronavirus (COVID-19) pandemic when Bulgarian hospitals were overwhelmed and didn’t have enough beds for all the patients who needed them.