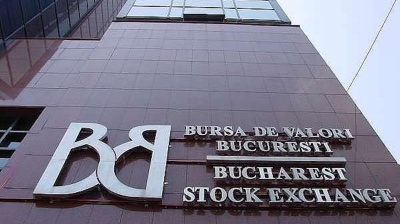 This issue is the largest outstanding corporate/supranational bond ever on the Romanian market and represents the first fixed rate bond issued in Romania by the IIB.

Following this transaction, the Romanian capital market is currently the largest market for IIB’s debt origination (44% of the total long-term funding) and RON debt has the largest share (27%) in the breakdown by currencies.

“We are proud to see the outcome of this last bond issue. It vividly demonstrates the  international investor community’s confidence in the bank’s strategic course and a sign of the bank’s recognition as a Europe-based multilateral development institution,” Nikolay Kosov, the chairperson of the IIB management board, commented.

This is the fifth bond issue the IIB has carried out in Romania. It will have a maturity of three years and a fixed 3.98% coupon payable annually, as shown in the documents published on the Stock Exchange.

The bonds received a A3/stable rating from Moody's, BBB+/positive rating from Fitch and A-/stable from Standard & Poor's.

Famous ex-defence reporter arrested, accused of treason
9 hours ago
Turkmen President Gurbanguly Berdimuhamedov takes a holiday as WHO mission finally arrives in Ashgabat
9 hours ago
Violent clashes with police at thousands-strong anti-lockdown protest in Belgrade
16 hours ago
Belarus presidential election to have no outside observers, opposition may united by a single candidate
1 day ago
US intelligence memo admits there is “no evidence” of Russian payment of bounties to Afghans for killing US soldiers
1 day ago