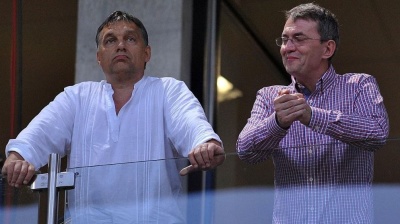 Budapest Airport, the operator of Budapest's Ferenc Liszt International Airport, is constructing a light-frame terminal dedicated to low-fare flight passengers, it was confirmed by Budapest Airport CEO Rolf Schnitzler in an interview on September 26. Local media says the company of Istvan Garancsi, a friend of Prime Minister Viktor Orban, build the new facility by 2025.

The dynamic increase in traffic in Budapest was not foreseen and the construction of a new terminal is inevitable as the airport is operating near full-capacity during peak periods, Schnitzler told business daily Világgazdasag.

Passenger traffic rose from a record 13.1mn in 2017 to a new all-time high of 14.9mn in 2018, making Budapest the fastest growing airport in the Central and Eastern European region. In H1, it recorded 7.3mn passengers, up 7.5% y/y. Growth is expected to slow down this year to around 7-8%.

The new terminal serving passengers of no-frills airlines will be built on the site of the earlier planned 2C terminal. Passengers will access the new wing through terminal 2B. It will be completed by 2025.

The construction will be carried out by Market Epito, the company owned by Orban's friend Garancsi, local media writes.

State contracts have propelled Market to become one of the largest construction firms in Hungary. The company’s reference works include the new headquarters of Magyar Telekom, the Apollo Tires factory and the new national football stadium. Hungarian oil and gas company MOL also picked Market to build MOL campus and its 122-meter high headquarters.

Budapest Airport in talks with the government

Budapest Airport has invested more than HUF136bn (€407mn) at the airport and including auxiliary facilities this will reach HUF200bn.

Budapest Airport began negotiations with the government on short and long term projects to improve the quality of service in May, Schnitzler said when asked about the possibility of the state taking over the operating license from owners.

The makeshift structure for low-fare passengers dubbed "tin city" by the media has long been the subject of complaint by travellers as well as government officials concerned about foreign visitors' first impressions.

Cabinet chief Gergely Gulyas issued an unveiled threat to the company a few weeks ago that if improvements aren't made, the government will prohibit the use of such structures at the airport by decree from the start of next year.

Comments by government officials and negative media campaigns triggered speculation that the state would force Budapest Airport's owners to sell the operating rights of the airport. Among potential buyers, companies owned by billionaire Lorinc Meszaros were named in the press, but these speculations were refuted.

The company made nearly HUF25bn in after-tax profit in 2018.