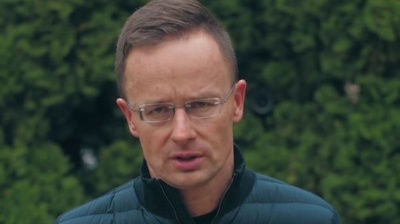 US presidential candidate Joe Biden should address corruption allegations in connection with Ukraine before resuming dealings with Hungary, Foreign Minister Peter Szijjarto said on October 18 in a Facebook message.

Hungary’s right-wing government has clearly felt angered by comments by the US Democratic presidential nominee, who recently categorised Poland and Hungary as "totalitarian regimes", comparing them to Belarus at a campaign event.

In a four-minute Facebook message, Szijjarto recounted old grievances and struck back with corruption allegations linked to the candidate's son Hunter Biden.

Biden had worked on central European issues for eight years during Barack Obama’s presidency and the US had "attacked constantly and lectured" Central Europe while also attacking Hungary when it adopted its new constitution, he wrote. US embassy leaders had taken part in anti-government protests in Budapest.

Biden had been "preoccupied with Ukraine" and his visits coincided with his son’s term on the board of directors of a Ukrainian energy company. This period was marked by endemic corruption in the Ukrainian energy sector, according to Szijjarto.

Biden, he said, should make clear how he had used his political influence to bring about profits for the energy company and his son. He should declare what pressure he put on the Ukrainian government to dismiss the Ukrainian attorney general.

In an earlier post Szijjarto said that bilateral relations between Hungary and the US are the best they have ever been. US President Donald Trump and Hungarian Prime Minister Viktor Orban share similar views on illegal immigration, border protection, security, and the need to support families and protect Christian communities.

The minister insisted that it was because of these policies that Biden had "involved Hungary in the presidential election campaign", adding that his comments "have nothing to do with reality".

In recent weeks, Orban has openly endorsed Trump, which was not unexpected as four years ago he became the first European national leader to back Trump’s presidential bid.

"This is why we’re also rooting for Donald Trump’s victory because we know only too well the foreign policy of US Democrat administrations built on moral imperialism. We had a taste of it, and we didn’t like it, we don’t want a second helping," according to a long essay by the prime minister a month ago.

Commentators have long pointed out that a Biden win in November 2020 could spell trouble for Hungary and Poland, and pave the way for a refocusing of US foreign policy on rule of law and democratic values.