Half of Ukrainians want to restore relations with Donbas 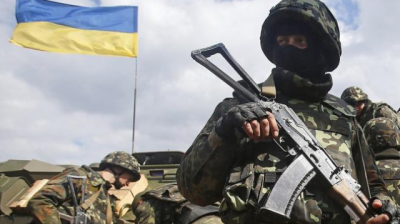 Half of Ukrainians (53%) want relations with the Donbass restored and see residents of Donbass as victims of the separatist movement
By bne IntelliNews September 10, 2020

Half of Ukrainians (53%) want relations with the Donbas restored and see the local population as victims, not the perpetrator of efforts to break away from the rest of the country pursued by separatist rebels, according to a poll conducted by the Kyiv International Institute of Sociology (KIIS).

The poll, conducted in May and June 2020, surveyed people’s perceptions of the human rights challenges triggered by the conflict in the east of Ukraine.

“The [coronavirus] COVID-19 pandemic forces us to proactively reach out to our fellow citizens in care and solidarity, leaving no one behind. The results of this poll show that half of Ukrainians want to do so,” said Dafina Gercheva, resident representative of the UNDP in Ukraine, which commissioned the poll. 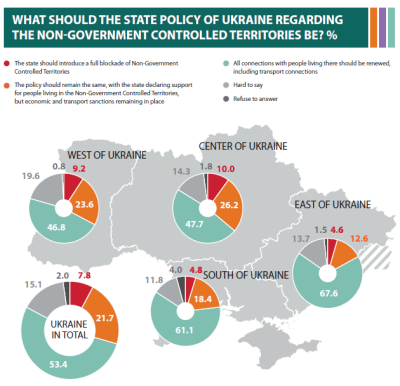 Zelenskiy's rating down by a quarter in just three months
COMMENT: Ukraine’s the Old Rotten System is alive and well
Ukraine’s partners worried about deteriorating commitment of Zelenskiy administration to judicial reform