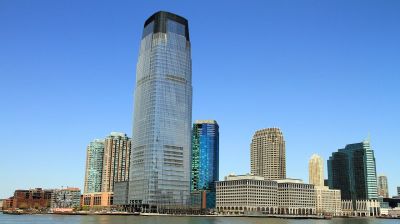 Anton Farlenkov and Dmitry Trembovolsky, senior research heads for Goldman Sachs in Central & Eastern Europe, Middle East and Africa, have both left after almost a decade each at the bank, bne IntelliNews can exclusively reveal.

Anton Farlenkov, a consumer and industrials analyst and head of CEEMEA research at Goldman, has left the firm in April after more than nine years to join a Russian retailing giant, according to a source close to the bank. Trembovolsky, head of CEEMEA financials research, left in March after a similarly long association to run his own family office.

Both were largely based in Moscow, which is used as a hub for analysts to cover the wider CEEMEA region. Farlenkov and Trembovolksy were key authors of Goldman's notorious Focus List, which selects the best 20-25 companies in the region with the most upside for investors.

Many Goldman Sachs Russia and CIS bankers divide their time between London and Moscow and there is a chance the bank may follow Wall Street rivals JP Morgan and Morgan Stanley by relocating a slimmed-down CEEMEA research and sales trading teams to the UK capital.

Farlenkov is tipped to join one of Moscow's leading listed grocery companies in an investor relations or a chief financial officer role. Trembovolsky, who joined the firm in 2007 from the utility Integrated Energy Systems, said he will run his own fund DT Capital.

"I have left Goldman Sachs to run my own family office," Trembovolsky told bne IntelliNews. "Mostly my own money and maybe at some point external funds."

Investment banking fees from Russia have been annihilated by the collapse in commodity prices and sanctions over Ukraine. Goldman Sachs, Wall Street's most profitable investment bank, saw its Russian business fees drop by 80% to just $1mn last year, according to data compiled by New York-based consultancy Freeman & Co.

"They have had some phenomenally sucessful years here, and some not so successful years, as with every bank," a source close to Goldman Sachs in Moscow told bne IntelliNews.

The bank parted company with its Russia co-heads Nicholas Jordan and Paolo Zannoni in October. The American and Italian were replaced by a three-headed eagle of Sergei Arsenyev, Dmitri Sedov and Tim Talkington. The appointment of Arsenyev and Sedov is the first time in ten years Goldman has trusted Russians to run their Moscow operations, albeit with an American chaperon in the shape of Talkington.

Goldman, led by Lloyd Blankfein, has struggled after opening its first office in Moscow in 1994 because of its perceived lack of commitment. It scaled back soon after as part of a worldwide retrenchment, returned in 1998 weeks before Russia defaulted, withdrew almost entirely after the crisis and ramped up again in 2006.

The current outlook for investment bankers in Moscow is grim. After Russia annexed Crimea in March 2014, the EU and US imposed financial restrictions, visa bans and asset freezes on scores of Russian companies, politicians and individuals. A collapse in the price of crude oil, the nation's biggest export revenue earner, has exacerbated the impact on the economic slump, further slowing dealmaking.

The US Treasury has successfully scared off bankers from Goldman Sachs and other top firms from working with the Kremlin on its $3bn sovereign Eurobond, even though the Russian government hasn't been formally sanctioned. Likewise, investors from the US and Europe were warned against investing in such an issue or in Russia's revived privatisation programme.

President Barack Obama said earlier in April there will be no lifting of US sanctions against Russia until the Kremlin adheres to the Minsk peace accord to end the fighting in East Ukraine.

Deutsche Bank, the leading player for the past two decades, shut its Moscow operation last year following allegations its bankers laundered money on behalf of clients.

bne IntelliNews reported in February that Jefferies had become the first major US bank to quit Moscow since sanctions were imposed on Russia due to a lack of deals and a pessimistic outlook. British investment banks Barclays and Royal Bank of Scotland have also cut and run over the six months.

European firms such as BNP Paribas and Credit Suisse have also been quietly axing staff and relocating talent to London as the deal flow trickled. The drop in activity to the lowest in 14 years and prediction of another three years of stagnation may force firms to cut their losses.

A senior Russia-focused banker expects Bank of America Merrill Lynch to be the next major investment bank to follow Jefferies.

"Jefferies won't be the last foreign player to exit this year," the banker told bne IntelliNews.  "Unless you have a long-time horizon, I can't see Bank of America sticking it out, and Credit Suisse could fold too."

Citigroup, which has a retail operation in Russia, has also been retrenching across the board but is said to be committed to staying for now.