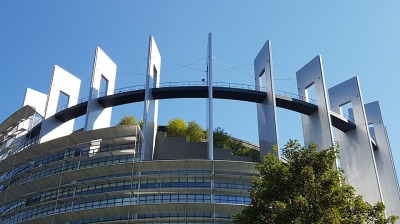 The European Parliament adopted a resolution on October 24, expressing deep disappointment over the EU failure to agree on opening EU accession talks with Albania and North Macedonia.

During the EU summit on October 17-18, EU leaders failed to take a unanimous decision to allow the start of accession talks with North Macedonia and Albania, primarily due to the objection of French President Emmanuel Macron, who seeks internal EU reforms before further enlargement.

The European Parliament stressed that both countries meet the requirements to start negotiations and urged EU countries to act responsibly towards Skopje and Tirana and take a unanimous positive decision at the next meeting.

The resolution was adopted by 412 votes in favour, 136 against and 30 abstentions.

MEPs regret the move by France, Denmark and the Netherlands to block the decision and say that Albania and North Macedonia have made considerable efforts over the last few years and now meet the EU’s criteria to start membership talks, according to the resolution.

For the European Parliament the “non-decision” by EU leaders is a strategic mistake, which damages the EU’s credibility and sends a negative message to other possible candidate countries.

It could also allow other foreign actors - whose activity might not be in line with EU values and interests - to engage more closely with both Albania and North Macedonia, MEPs added.

MEPs underlined that the reform of the enlargement process, sought by some countries, should not hinder the launch of accession talks with Albania and North Macedonia.

The Albanian government has called a tender for the construction and 35-year concession of Vlora airport, local media reported on December 19. Albania drafted a new project for Vlora ... more

Kosovo to join Albania's electricity grid from next April

Kosovo has signed a historic deal with Tirana to join Albania’s electricity grid as of next April, transmission system operator KOSTT said on December 2. The agreement signed between KOSTT and ... more