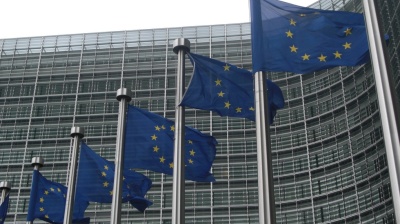 By Valentina Dimitrievska in Skopje March 2, 2020

The European Commission said on March 2 it has again recommended the launch of EU accession negotiations with Albania and North Macedonia after the two countries achieved tangible results in key areas.

Publishing mini reports on the countries, the European Commission said that Tirana and Skopje delivered further tangible and sustainable results and therefore the Commission's recommendation to open accession negotiations with Albania and North Macedonia remains valid.

The reports came after the Commission presented a new enlargement methodology in February initiated by France after French President Emmanuel Macron vetoed the start of EU negotiations with North Macedonia and Albania last October, seeking a new approach to the enlargement process.

"The Commission stands firmly by its recommendations to open accession negotiations with Albania and North Macedonia and I hope that the member states will take a positive decision in the coming weeks.” Enlargement Commissioner Oliver Varhelyi said.

In the case of Albania, the update report outlines progress in the implementation of justice reform and the vetting process of judges and prosecutors, in the fight against corruption and organised crime, cannabis cultivation and hard drugs trafficking. It also points to other relevant issues, such as agreement on the way forward to electoral reform and efforts to tackle unfounded asylum claims.

Regarding North Macedonia, the European Commission said that steps were taken to strengthen independence of judiciary, including the recent adoption of the revised law on the Public Prosecutor's Office.

It shows an improved track record in the fight against corruption and organised crime as well as progress in the reform of intelligence services and public administration.

Later in March the General Affairs Council is expected to discuss the way ahead for enlargement policy, based on the revised methodology, as well as progress made by North Macedonia and Albania, with a view to opening accession talks.

Macron recently said recently that France will lift its veto on Tirana and Skopje if progress reports from the European Commission are positive.