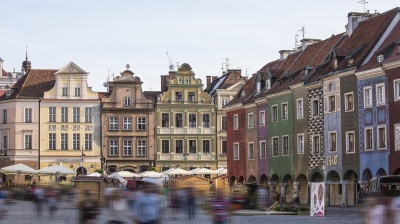 By Valentina Dimitriveska in Skopje July 5, 2019

The measures were taken during the Western Balkans Poznan summit in Poland, shortly after the European Council deferred its decision on the opening of accession negotiations with Albania and North Macedonia.

The Poznan Summit is part of the Berlin process supporting efforts towards strengthening regional cooperation and the EU perspective of the Western Balkans.

There have been growing concerns over the last couple of years that a failure to advance with the integration of Western Balkans countries with the EU could lead to a lack of confidence in the process, reducing the influence of the EU on Western Balkan governments and leading to backsliding on democratisation and other reforms.

The summit was attended by prime ministers, ministers of foreign affairs, interior and economy from the region as well as several EU member countries. The six Western Balkans countries are: Albania, Bosnia & Herzegovina, Kosovo, North Macedonia, Montengro and Serbia.

"Our engagement with the Western Balkans is a priority. Today, all six partners in the Western Balkans are closer to the EU compared to the beginning of our mandate almost five years ago,” EU High Representative Federica Mogherini said in the Commission statement.

EU Enlargement Commissioner Johannes Hahn underlined that the EU is stepping up the work to modernise infrastructure, support digitalisation, invest in green growth and circular economy in the Western Balkans region.

In the areas of transport and energy, the Commission suggested a new Connectivity Package worth €180mn.

The projects will support the modernisation of a joint railway border station, the installation of signalling and telecommunications equipment on more than 100 km of railway lines, the construction and upgrade of over 30 km of motorways and over 100 km of electricity transmission lines, and the construction of 68 km of an interconnection gas pipeline.

Implemented through the Western Balkans Investment Framework (WBIF), the grants for eight new transport and energy projects spanning road, rail and energy transmission infrastructure are expected to leverage investments of up to €728mn.

In the area of digital economy, the European Commission announced new grants of €1.65mn to three projects to support the development of national broadband networks and improve digital connectivity in Albania, Montenegro and North Macedonia.

In the areas of environment and climate, EU leaders are ready to support the region's efforts to develop a Green Agenda for the Western Balkans, which would strengthen regional cooperation and bring benefits to the well-being and the health of citizens.

Alaco Dispatches: Western Balkans’ Labour Pains
Albania has some of the least affordable internet in the world
Corona vote gambles pay off for incumbents