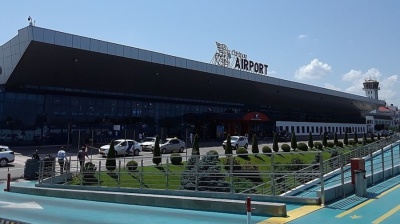 The General Inspectorate of Police of Moldova received more than 50 reports of explosives planted in public institutions on July 5, all of them false.

There were reports of bombs in the parliament and government buildings, courts and hospitals. The police do not yet know whether these messages were sent by the same person or several people, and the reasons for the threats are uncelar.

The reports on July 5 were part of a wave of bomb threats has swept across Moldova in recent days.

The first message about a bomb at Chisinau airport was received on Monday, July 4, at 7:10 am. By 10:00 it turned out that there was no bomb.

The next message was received on the same day in the evening, at 20:35. Like the first, this message was sent by email, and the sender demanded a cash reward.

At 23:45, the border guards reported that the information about the bomb was not confirmed, but the airport’s operations have been severely disrupted.

For the third time, the airport was subject to a bomb threat on July 5 around noon and by 15:15 the border guards reported that the alarm again turned out to be false.

All three times the airport was evacuated and work was suspended.

Messages were checked by policemen and sappers. But they did not find any suspicious items.

The bomb threats were reported in the capital city of Chisinau as well.

At 2:50 pm on July 5, the General Inspectorate of Police (GIP) reported on its Facebook page that at 2:05 pm the police received an email about bombs at several state institutions: the parliament, government, courts, commercial centres and Chisinau airport.

“Specialised services are working to find out all the circumstances,” the press release said.

By 4:00 pm, the message was removed from the official GIP Facebook page. The reason for this was not reported.

Information about the false bomb alerts was confirmed by the Ministry of Internal Affairs (MVD).

The department noted that the police “received several reports of bombs at strategic objectives.” They warned that the caller could face up to MDL42,000 (€2,000) fines for false reports about bombs.

An hour after the message about bombs in Chisinau, the wave of threats rolled further across Moldova. At 15:00, the police received a message about bombs at the branch of the public services agency in Balti. At 15:35, after checking the building, it was reported that the information about the bomb was not confirmed.

After that, information appeared about bombs at the branches of the Public Services Agency in Vulcanesti and Cahul.

Earlier this year, Serbia was also targeted with numerous bomb threats, with speculation this was linked to the government's refusal to join international sanctions on Russia over the invasion of Ukraine.