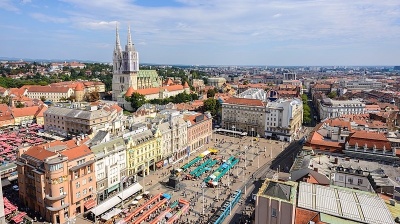 Croatia has made considerable progress over the last five years, but the authorities need to prepare for a future global downturn as well as continue the catch-up with fellow EU member states, said the International Monetary Fund (IMF) following the latest Article IV consultations with Croatia.

“For the coming decade, Croatia needs to strive for sufficiently challenging economic targets, to be a vital partner of the EU. Otherwise, the existing economic gap between Croatia and the rest of Europe is more likely to widen, rather than narrow,” stressed the IMF.

“If, for example, Croatia were to aspire to bridge 15 percentage points of the current average per person income gap with the EU by 2030, the economy would need to grow at 1.5 percentage points more rapidly than the EU average, over this period. To maintain such higher relative growth rates, in addition to higher private investment, Croatia needs to raise its public sector investment as well — both in quantity and quality.” The recommendations were made after a period of healthy growth in Croatia since it emerged from a long and deep recession.

Commenting on the recent progress, the IMF said: “Some of this can be attributed to “good fortune”, that is to say favourable global conditions, helping a tourism boom. However, a significant share is due to good policies — strong budget management and skilful policies by the central bank.”

“Therefore, public debt has fallen along with interest rates, creating room for a robust consumption-led private sector expansion. Yet, clouds are appearing on the global horizon once again,” the IMF said.

The IMF called on Zagreb to ensure that the economic expansion is felt more broadly across the population. Demonstrating that many Croatians have been left behind, it pointed out that the share of the workforce between the ages of 20 and 64 that is employed is just over 60%, and the share of the population at risk of poverty and social exclusion is estimated at 25%.

“The country’s most vital resource — its youth — remain concerned about their long-term prospects. This has spurred emigration and a hollowing out of the internal regions of the country,” says the report.

“In the short-term, the obvious symptom has been labour shortages in areas like construction and tourism. However, the more insidious problems are those of “brain drain”, and challenges to the sustainability of pension and healthcare systems.

Per capita income Croatia is at just 63% of the EU average. “This gap cannot be bridged by policies that keep pushing public consumption at the expense of public investment needed for higher productivity,” warns the IMF.

It points to three areas that need to be addressed to improve the situation: continuing to maintain macroeconomic and financial stability; making the state a source of greater dynamism through reforms; and, investing resources wisely to raise productivity.

Among the specific areas for reform are modernisation of state-owned enterprise management, upgrading its technological infrastructure, and raising the level of skills of the population.

The European Commission (EC) recommended that Croatia join Schengen after meeting the conditions to join the border-free area, the EC said in a statement on October 22.  Croatia is the EU’s ... more

More than 80% of Croatia’s primary and secondary school teachers went on strike on October 10 after talks on pay with government officials broke down.  Union leaders said 85% of secondary ... more

Croatia’s first social impact fund, the Feelsgood Fund, was launched in Zagreb on October 3.  The €30mn fund is a venture capital fund that will finance Croatian start-ups with ... more