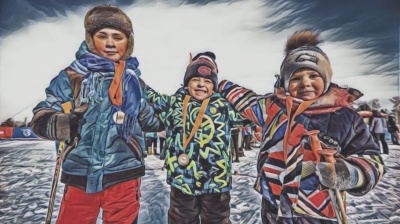 Philanthropy is a relatively new concept for super-rich Russians but a few have embraced it and found it difficult to do. Wealth in Russia comes with no small number of headaches. But one of the more surprising ones, linked to money, is that sometimes you can’t even give it away.
By Stephen Bierman in Moscow April 30, 2021

Wealth in Russia comes with no small number of headaches. But one of the more surprising ones, linked to money, is that sometimes you can’t even give it away.

Philanthropy has somewhat failed to launch as a mainstream culture amid the nation’s 30-year roller-coaster ride from a command economy to a capitalist model. The Soviet Union’s paternalistic approach eroded “giving” as a private institutional practice. Then the removal of the state itself in the 1990s managed to make things even worse.

The issue isn’t whether charity exists or not; Russians are plenty generous and sympathetic, and helping others is a core part of orthodox religious values.

The numbers one issue is a lack of organisation, structure and capacity to scale up. If, for example, tech billionaire Bill Gates wants to donate to a cause in the USA or Europe it’s just a case of deciding how much and on what. The organisations are in place to process it. The rest more or less can take care of itself.

If it were only so simple in Russia....but it is not. So when the Bill Gates-level types in Russia seek to donate, it's not like there are widespread and mature systems in place that allocate to the needy. It is not that it doesn’t happen. It does, but that’s more the exception than the rule. The act of philanthropy involves something more than a simple donation; often it involves creating an organisation itself, or requires a social or economic position.

Industrialist Oleg Deripaska founded the Volnoye Delo charity, one of the largest non-profit organisations in Russia. Yet Deripaska is a unique case of being well-connected on the one hand, but sufficiently independent and removed from political jockeying on the other. He also has the available organisation, legal team and personal drive to get on with it, be that putting some heft into the fight against the pandemic by financing the construction of hospitals and testing labs, supporting educational programmes, building schools or saving dogs.

Likewise, oil baron Vagit Alekperov has also had success funding initiatives outside the normal purview of the government. His “Our Future” initiative supports social entrepreneurship. There are other examples.

Oleg Tinkov, founder of the widely successful online bank Tinkoff, has even stepped back from business and switched focus to his blood cancer foundation. Tinkov’s foundation plans to work with centres for bone marrow transplants, something he himself underwent following a leukaemia diagnosis in 2019.

This may be one reason why “giving” in the mainstream sense of the word is spinning its wheels in the world’s largest nation. The World Giving Index, published by the Charities Aid Foundation, includes at the top of its list the likely countries such as the United States or Australia. It also includes surprisingly high finishers like Myanmar or Sri Lanka, where Theravada Buddhist traditions have culturally ingrained widespread charity as a norm. Russia was low on the list and former communist rival China also trails the pack.

The second issue is that the act of philanthropy can be a political minefield in Russia.

New organisations, or those outside corporate-political channels, are viewed with suspicion. Local and regional leadership can see competition in independent organisations providing services that they consider their own turf. They only see potential complications. Restrictions on foreign agents and non-governmental organisations amid spats with the West create unintended obstacles. Good intentions get lost in a labyrinth of bureaucracy, which has never been lacking in Russia either.

For example, last month 50 charitable organisations, including the Hospice Charity Fund Vera which helps the terminally ill and Podari Zhizn, or Give Life, which helps children with cancer, sent a letter to the government asking that “foreign agent” restrictions related to funding sources be eased, according to a report from RTVI. Non-government organisations that have nothing to do with politics can be hit with the same restrictions as those that do.

A general lack of transparency is also damaging. The nation misses on significant swathes of giving from middle class and upper middle class money, which is no doubt available, and can be deployed for social good. This instrument is within reach.

Yet the culture itself and people’s trust in organisations' efficiency cannot not decreed by government. There is no legislative lever. Organisations can only form and function from concerned people themselves, who wish to gain larger scale and results for their efforts. One organisation, Need Help, has sought RUB1 donations, while others like Ruben Vardanyan’s Phil In or Friends Foundation enhance organisations' reporting systems and make the charity infrastructure more professional in line with the best practice standards. These initiatives help to stimulate participation and create a culture of trust.

Rome was not built in a day. Russia will get there. It has no lack of courageous, persistent people who do seek to help others and do it professionally. But it might help if it required a little less courage and persistence.

RIMMER: The Zoom when it happened

If you want to mingle with the unelected and corrupt cabal at the apex of the Russian regime, what better way of effecting an introduction than by hiring the erm, corrupt and unelected cabal squatting atop ours? Prince Michael of Kent is available.

ING: Russian CPI slows in April, but no further relief seen till year-end

Russian inflation has come down a little but will remain stuck at about 5.5% for the rest of this year. The Central Bank of Russia is likely to keep tightening at the coming meetings.

ING: Hungary's inflation is back to 2012 levels and above 5%
2 hours ago
AFC CAPITAL: Uzbekistan’s Capital Markets Development Agency restructured as privatisation looms
3 hours ago
10 megatrends shaping emerging Europe in the post-pandemic 2020s
2 days ago
RIMMER: The Zoom when it happened
2 days ago
ING: Russian CPI slows in April, but no further relief seen till year-end
2 days ago