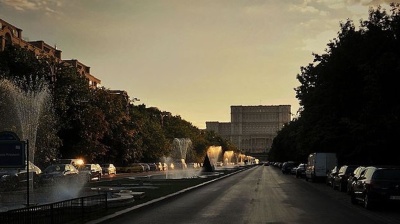 Overheating risks are building in the Romanian economy, Capital Economics analysts warned on November 6 after the Romanian central bank decided to keep its policy rate at 2.5%.

The National Bank of Romania (BNR) was widely expected to maintain the policy rate at the November 6 meeting. However, Capital analysts said the decision, “adds to our concerns that overheating risks are being overlooked”.

They cited fast-rising wages, and the widening of the current account deficit to a five-year high — and one of the highest levels in any emerging market — of 4.0% of GDP

“We think that further interest rate hikes are needed to cool the economy,” Capital analysts stressed in the November 6 note.

They also warned about inflation, which inflation which peaked at a five-year high of 5.4% in June, though had slowed somewhat to 5.0% by September, still well above the central bank’s target range of 2.5% +/-1pp.

BNR governor Mugur Isarescu spoke out forcefully against inflationary expectations at a press conference following the bank’s monetary board meeting.

However, the BNR expects the annual inflation rate to decline towards the upper bound of the target band in December, and to remain within the upper half of the band until the end of the eight-quarter forecast horizon.

Capital analysts anticipate the central bank will raise its policy rate to 4.25% by the end of next year, but still warn that the November 6 decision “adds to our concern that monetary policy won’t be tightened aggressively enough. This could result in a further build-up of economic imbalances, cause inflation expectations to become unanchored and ultimately force a nasty adjustment further ahead. That could involve big falls in the leu and aggressive rate hikes.”

Other economists have also been sounding the alarm about possible overheating of the Romanian economy, among them those from the European Bank for Reconstruction and Development (EBRD). Following warnings earlier in the year, the development bank noted on November 1 that signs of overheating have appeared in the form of a widening trade deficit, and still high inflation.

In June, the IMF also expressed concern about the risks of overheating of the Romanian economy due to higher inflation and the twin deficits, as well as lagging investment and slower structural reforms.