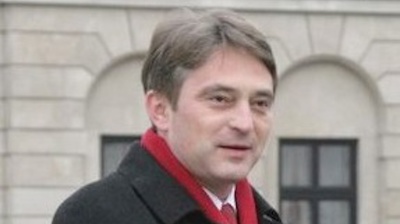 Several Croatian MEPs have sent a letter to the heads of European Union institutions, warning that the election results in Bosnia & Herzegovina, particularly the way the Croat member of the tripartite presidency won, could destabilise the country, Klix.ba reported on October 26.

Bosnia held a general election on October 7, picking members of the state-level parliament and tripartite presidency, as well as the parliaments of the two autonomous entities – the Muslim-Croat Federation and Republika Srpska, and the president of the latter.

The Croat presidential seat will be taken by Zeljko Komsic of the Bosnia and Herzegovina Wins coalition. Komsic beat nationalist Dragan Covic, leader of the Croatian Democratic Union of Bosnia & Herzegovina (HDZ BiH). Covic and other Croat politicians claim that he was elected thanks to the votes of Bosniaks (Bosnian Muslims) who outnumber the Croats in the Federation significantly.

In the days after the election, some cities where Croats dominate, said that Komsic is not welcome there, though they have no legal ground to ban him.

The Croat MEPs urged top EU leaders to pay attention to the election result, claiming that this is the third time in a row when Bosniaks actually elected the Croat representative of the presidency.

“We firmly believe that such an outcome does not contribute to the stability and functionality of Bosnia & Herzegovina as a state of three equal constituent peoples,” the MEPs said in the letter.