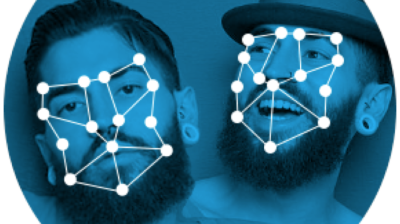 According to a report published last week by US publication Business Insider, a range of Western tech firms are users of FindFace, a controversial face recognition technology developed by Russian startup NtechLab, reports Adrien Henni for East West Digital News.

FindFace matches faces against social media accounts, regardless of privacy rights, among other facial recognition capabilities. Its approach is similar to that developed by US startup Clearview AI, which was recently fined in the UK for illegally creating a face recognition database.

Business Insider has seen a list of nearly 1,100 FindFace licensees from some 60 countries, which it claims was shared by an anonymous source. Among the organisations featured in the list are Interpol, the Brazilian police and the Royal Thai Army as well as the FSB and other Russian organisations.

Also featured on the list are major Western companies such as Bosch, Dell, Honeywell, Intel, Nokia, Philip Morris, SpaceX and others.

Not all these organisations are active users of the technology, however. Responding to Business Insider’s inquiries, Philip Morris, CasinoSoft and MutualLink said they had tested NtechLab’s technology but did not proceed beyond the trial period.

Intel and Nokia denied that they had ever used FindFace, while Bosch, Honeywell and SpaceX did not answer Business Insider’s questions.

In an exchange with Business Insider, NTechLab conceded that the leaked list included “a few current clients” as well as organisations that had tested its technology without actually buying it. The company said it would investigate the leak and take appropriate measures.

This Moscow-based startup has had an eventful history. Shortly after its inception in 2015, NtechLab won a top world championship in face recognition, overtaking more than 100 competitors, including Google.

Meant to facilitate making new friends, the app was also used for more sensitive purposes. While it helped St. Petersburg authorities identify pyromaniacs, it was also used to identify and harass young women. FindFace critics went as far as to assert that the app “could, in theory, be used by a serial killer or a collector trying to hunt down a debtor.”

Among the company’s earliest customers were the police, the military, intelligence services, ministries and large corporations in Russia and elsewhere. NTechLab’s solutions have been used to support Moscow City’s mass video surveillance system, which was recently challenged in court by civil rights activists.

Addressing the risk of misuse of its technology. NtechLab claims to keep all customer data private and says it has no control over how its software is used. It strives to “create a process that can be in compliance with local laws,” co-founder Artem Kukharenko told TechCrunch in a 2020 interview.

“We vet our partners so we can trust them, and we know that they will not use our technology for bad purposes.”

NtechLab says its solutions were actively used in several cities during the 2018 FIFA World Cup in Russia and “contributed to the arrest of more than 100 persons on the federal wanted persons list.”

In 2020, NtechLab’s solutions have been used in video surveillance systems in major cities to counter the spread of coronavirus (COVID-19). The company says this has helped local authorities “monitor compliance with the quarantine regime, monitor large gatherings of people, and also implement access control with facial identification, despite the presence of a protective mask.”

In September 2020, the company received RUB1bn (around $13mn at the exchange rate of that time) from the RDIF and Mubadala, the Russian and Emirati sovereign wealth funds, respectively. (Mubadala suspended its investment activity in Russia this past spring.)

Among NtechLab’s earlier shareholders is Impulse VC, which is reportedly affiliated to Russian billionaire Roman Abramovich. This fund led a $1.5mn round raised by the startup in 2017.

NTechLab did not respond to a previous EWDN inquiry.

Russian e-commerce turnover up 1.5-fold in 1H22
5 days ago
Home of the humbled lira, Turkey’s the biggest cryptocurrency market in the Middle East
5 days ago
From 4G to 6G: How Russia seeks to develop mobile networks amid shortages of domestic frequency and foreign equipment
11 days ago
Should I stay or go for founder of Russian internet major Yandex
15 days ago
EVs in Uzbekistan bring problems and prospects
18 days ago