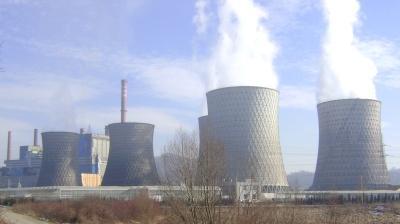 The government of Bosnia & Herzegovina’s Muslim-Croat Federation has won a procedural step in the case filed by the Energy Community secretariat against alleged state aid for the construction of the Tuzla 7 coal-fired power plant, a lawyer involved in the case told bne IntelliNews.

The case concerns a loan guarantee issued by the Federation’s finance ministry in 2017 to enable the entity to borrow €614mn from the Export Import Bank of China to finance the project.

Bosnia’s state aid body concluded in July 2018 that the guarantee does not represent state aid. However, a few months later the Energy Community secretariat received a complaint from two environmental NGOs, who argued that the guarantee was state aid. They pointed out that the proposed guarantee covers 100% of the loan instead of up to 80% and, according to the statement from the NGOs, while there are circumstances under which this is allowed, they considered the relevant conditions are not fulfilled in the case of the Tuzla thermal power plant expansion.

Following the complaint, the Energy Community secretariat raised concerns with the Federation’s parliament, but despite that the guarantee was approved in the spring of 2019.

In March 2019, the Energy Community launched a procedure against Bosnia over the guarantee. Before launching the procedure, it ruled that the Federation had breached its regulations when issuing a guarantee for the loan from China’s Exim Bank.

In January 2020, the Energy Community secretariat sent a reasoned opinion to Bosnia regarding the state aid, and in June it submitted a reasoned request to the Ministerial Council.

However, the Ministerial Council decided on December 9 that the case was pushed forward by the secretariat too quickly and needs to go through the usual procedure, Bogdan Gecic, a lawyer involved in the case on the Federation’s side, told bne IntelliNews.

“The secretariat wanted to push the process five procedural steps faster. The Ministerial Council rejected that and pushed it back to where it should have been,” he said.

Gecic said that his team has found evidence that the Federation did not provide state aid but issued guarantees for the loan needed for the construction of the Tuzla plant under market conditions. This conclusion was drawn by the Copenhagen Economics consultancy company.

According to Gecic, the Energy Community secretariat has also ordered a study on the case, the Oxera Report. He said that the report was not provided to his team prior to the first hearing of the case in early October, which led to a delay until early December.

The Energy Community secretariat declined to comment on Gecic’s statements.

The new unit at Tuzla has provoked numerous objections from environmental activists, coming at a time when countries in the EU — which Bosnia eventually hopes to join — are looking to a post-coal future.

The Tuzla power plant expansion is one of numerous coal-fired power plant investments in the Western Balkans — five in Bosnia alone — most funded by Chinese banks, that are either at the planning stage or underway.