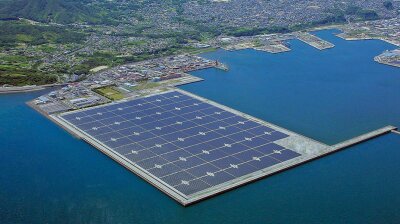 Strong capacity additions are set to push up global renewable power generation by more than 10% in 2022, displacing some fossil fuel generation. However, renewables have not proved completely able to replace fossil fuels, and tight natural gas markets are currently favouring coal-fired power plants.

Global electricity demand is forecast to grow by 2.4% in 2022 after last year’s 6% increase, the IEA said in its latest Electricity Market Report.

This 2.4% rise returns 2022 growth to the five-year average seen in the five years prior to the coronavirus (COVID-19) pandemic, suggesting that the immediate impact of the pandemic on power demand – a rapid fall followed by a major spike – has not passed.

However, the report warned that while the IEA currently expected electricity demand to continue on a similar growth path into 2023, the outlook was clouded by economic turbulence and uncertainty over how fuel prices could impact the generation mix.

Strong capacity additions are set to push up global renewable power generation by more than 10% in 2022, displacing some fossil fuel generation.

Despite nuclear’s 3% decline, low-carbon generation, including nuclear, is set to rise by 7% overall, leading to a 1% drop in total fossil fuel-based generation.

As a result, carbon dioxide (CO2) emissions from the global electricity sector are set to decline in 2022 from the all-time high they reached in 2021, albeit by less than 1%.

IMF data showed how manufacturing and the oil and gas sectors had caused carbon dioxide and other greenhouse gases (GHGs) to rise by 6.4% in 2021.

In the first half of 2022, average natural gas prices in Europe were four times as high as in the same period in 2021, while coal prices were more than three times as high, resulting in wholesale electricity prices more than tripling in many markets.

The IEA’s price index for major global electricity wholesale markets reached levels that were twice the first-half average of the 2016-2021 period.

In the first half of 2022, many electricity markets continued to experience skyrocketing prices, particularly in Europe, reflecting deep uncertainties over both fossil fuel supplies and the economic outlook. Russia’s invasion of Ukraine shattered any hope of energy prices declining in the near term following the strong increases seen in the second half of 2021.

In Europe, the situation prompted heightened ambitions and strengthened policies to advance clean energy transitions and reduce dependency on fuel imports. But in the short term, it also resulted in a partial return to coal-fired electricity generation.

Globally, coal use for power is expected to expand slightly in 2022 as growth in Europe is balanced by contractions in China, due to strong renewables’ growth and only a modest rise in electricity demand, and the United States, due to constraints on supply and coal power plant capacity.

Gas power is anticipated to fall by 2.6% as declines in Europe and South America outweigh growth in North America and the Middle East.

“The world is in the midst of the first truly global energy crisis, triggered by Russia’s invasion of Ukraine, and the electricity sector is one of the most heavily affected,” said IEA Director of Energy Markets and Security Keisuke Sadamori.

“This is especially evident in Europe, which is experiencing severe energy market turmoil, and in emerging and developing economies, where supply disruptions and soaring fuel prices are putting huge strains on fragile power systems and resulting in blackouts. Governments are having to resort to emergency measures to tackle the immediate challenges, but they also need to focus on accelerating investment in clean energy transitions as the most effective lasting response to the current crisis.”

For Africa, the IEA has revised down its power demand outlook for 2022 by about one percentage point to 4%. South Africa is grappling with ongoing capacity shortages driven by the declining availability of its ageing coal fleet and teething issues on newly commissioned units of its two coal megaprojects (Medupi and Kusile).

Additionally, delays to IPP procurement programmes that were meant to relieve some of these shortages mean that load-shedding and suppressed demand are likely to continue in the short term.

One of the measures Eskom has adopted to deal with the situation is appealing to consumers to reduce consumption to help alleviate stress on the system.

Capacity shortages on the continent are not isolated to South Africa. While electricity outages are not uncommon in Nigeria (Africa’s largest economy), the situation worsened notably with two nationwide blackouts occurring within the space of a month in March and April 2022.

For 2023, the IEA expects around 3% electricity demand growth for the continent.

In Asia, the IEA expects demand to grow at around 3.4% for 2022, a downward revision by more than one percentage point from early 2022.

Lower economic growth, high energy prices, strict sanitary measures and extended effects from the coal shortage for power generation are the main drivers. For 2023, we expect demand growth of close to 4%, making up for some of the 2022 slowdown.

Europe is gearing up to reduce its reliance on Russian fossil fuel imports by accelerating its clean energy transition. The implementation of the European Commission’s REPowerEU plan would greatly accelerate deployment of renewables in the coming years, doubling their share in EU gross final energy consumption from 2020 to 2030 and significantly reducing fossil fuel use.

The IEA is uncertain about the future, with the main uncertainties affecting 2023 forecasts for electricity demand and generation mix concern fossil fuel prices and economic growth.

Strong renewables growth of 8% and recovering nuclear generation could displace some gas and coal power, resulting in the electricity sector’s CO2 emissions declining by 1%.