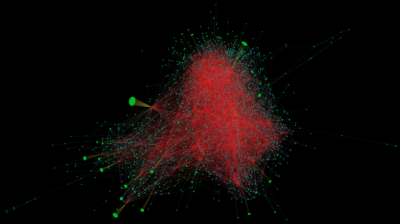 A visualisation of the state of Bitcoin's Lightning Network topology.
By bne IntelIiNews August 29, 2020

Russia, Kazakhstan and Iran, take a bow (or perhaps bury your head in shame from the environmental perspective) for making the top 10 for Bitcoin hashing on the Cambridge Bitcoin Electricity Consumption Index.

Those mining Bitcoin—a decentralised digital currency without a central bank or single administrator—refer to the “hashrate”. Put simply, the hashrate is a measure of the computing power people plugged into electrical grids around the world are contributing to the mining.

And here and below is that top 10 as calculated by a study from the Cambridge Centre for Alternative Finance at the University of Cambridge’s Judge Business School.

Assessing just how much electricity the 11-year-old global Bitcoin mining industry—with its peer-to-peer electronic cash system—is consuming, the study settles on an annualised estimate of 7.46 GW, equivalent to around 64.83 terawatt-hours of energy consumption (slightly more than the Czech Republic, at 62.34 TWh per year, and Austria, at 64.60 TWh per year consume): 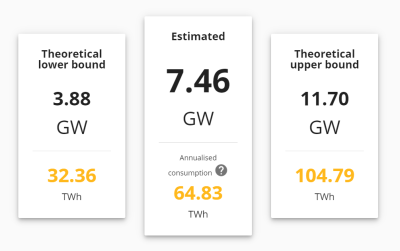 There are campaigners against global warming who say that the continued growth of Bitcoin mining could one day boil the oceans (or something along those lines), but as things stand the industry accounts for 0.26% of the world's annual total electricity production of 25,082 TWh and 0.30% of its annual electricity consumption of 20,863 TWh, the study says.

Then there's this to consider: 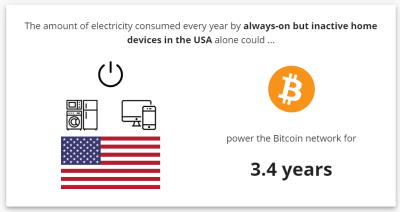 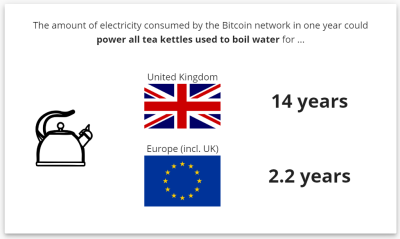 Worried? Not sure if you should be worried? Or somewhere in between? Or perhaps you're cool with all of this. Whatever the case, if you want to keep up with the Bitcoin world then it's hard going. There are studies, such as a July analysis from BitOoda, predicting a leap in the hashrate in the next 12-14 months. August 21, for instance, brought a report from Kazakhstan of a Bitcoin mining facility with room for 50,000 rigs (output to rival a small power station) set to go live.

Kazakhstan headhunts Belarusian IT developers, in vain so far

The Russian online giant Yandex is considering venturing onto the financial services terrain, while also restructuring its marketplace business in the wake of a divorce with the state-run lender Sberbank.

A brutal crackdown on Belarusian protesters following the August 9 presidential election, rigged in favour of incumbent Alexander Lukashenko, has prompted a massive exodus of local IT companies and individual IT professionals.