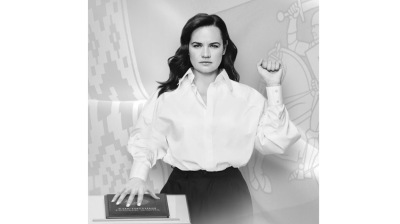 The police violence has been ratcheting up at every weekend's mass rallies in Belarus. Some 50,000-70,000 demonstrators came out this week to protest against Lukashenko's secret inauguration
By Ben Aris in Berlin September 27, 2020

Belarusian OMON used pepper spray, stun grenades and fired shots into the air to disburse a crowd in the regional city of Homiel during mass protests at the weekend

The violence at the Sunday mass rallies in Belarus went up yet another notch on September 27 when masked OMON officers used stun grenades against protesters in the regional city of Homiel, liberally doused the crowd with pepper spray and fired multiple shots into the air to turn back a marching crowd on its way to the centre of the city.

“Fascists, fascists!” chanted the crowd as people linked arms to protect themselves from being snatched by a large group of armed officers wearing balaclavas but no insignia.

This week’s mass rally was intended as “the people’s inauguration of Svetlana Tikhanovskaya” and followed on from Saturday’s traditional women’s march that was billed as the rehearsal for the inauguration. The two protests were a retort to the secret inauguration Lukashenko held earlier in the week that brought the process of his re-election to a sixth term to a legal conclusion. As bne IntelliNews reported, the ceremony was met by almost universal condemnation and has isolated Lukashenko from almost the entire Western world. Even the Kremlin failed to congratulate Lukashenko and Russian President Vladimir Putin offered no comment on the news at all.

A limited use of pepper spray by OMON officers on a small group of protesters was seen in the regional city of Brest last weekend. Police have fired two shots on two separate occasions at each of the last two weeks’ mass rallies. This weekend was the first time that both pepper spray and shooting into the air were widely used.

Water cannons also made their appearance for the first time in Brest last week, but dozens of water cannons were deployed to break up the spontaneous rallies that appeared in the evening following Lukashenko’s secret inauguration.

However, the protests do not seem to be losing any momentum, even as the stakes are steadily rising. The numbers were estimated to be down somewhat from the previous weeks as 50,000-70,000 people came out on a cold and windy Sunday to demonstrate against Lukashenko.

The war of attrition between the two opponents is progressing steadily, with each side trying to break the spirit of the other. A letter signed by some 275 parliamentarians from 29 different countries condemning Lukashenko’s inauguration made a point of specifically naming several of his top officials, a not too subtle threat that the EU will impose personal sanctions not only on the president but everyone working his regime.

The people have been compiling blacklists and doxxing the OMON officers who have been identified. More recently, Belarusian IT specialists based in the US have developed face recognition software that can identify police officers even if they are wearing a mask and only part of their face is visible.

Hackers calling themselves Cyber Patriots stole a database containing all the names of the Ministry of the Interior’s employees and have dumped the first 2,000 names on the internet in the last two weeks.

As the violence escalates the outing of police and OMON officers' identities is likely to become more vigorous and there is a real danger that local communities may attempt retribution against the officers and their families at their homes. 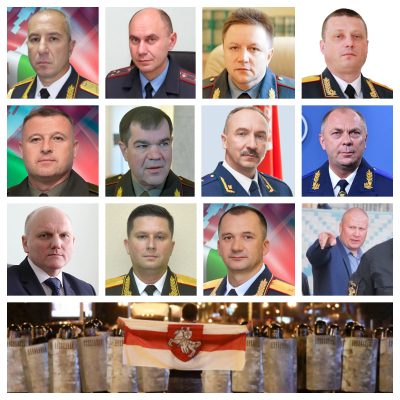