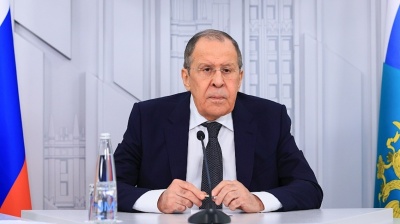 The decision of Serbia’s neighbours to close their airspace to an overflight by Russia Foreign Minister Sergei Lavrov’s plane stopped Russia’s top diplomat from visiting Belgrade this week.

The planned visit had caused an outcry from politicians within the EU, an organisation that Serbia aspires to join, and although it is not now going ahead, coming on top of Serbia’s persistent refusal to sanction Russia it raises the question: has the damage to Serbia’s EU accession hopes already been done?

There have been growing signs that EU officials, MEPs and politicians from some member states are losing patience with Serbia over its continued efforts to maintain friendly relations with Russia. Even before Lavrov’s visit was announced, Belgrade had been repeatedly urged to fall into line with EU member states and other candidate countries on their stance towards Russia.

Last week Carl Bildt, an ex-Swedish prime minister and a former envoy to the Western Balkans, wrote on Twitter: “I hear that [Serbia] has invited [Russian] FM Lavrov to visit Belgrade in the next few days. If President Vucic [wants] to sink his prospects with the [EU] that’s of course a perfect move. It’s a move in direct contradiction to the accession process and should be treated as such.”

Despite the pressure from its European partners, Serbia struck a new gas supply deal with Russia at the end of May – at a time when EU nations are looking for ways to end their energy dependence on Russia and cut economic ties.

Vucic justifies its refusal to impose sanctions by recalling Russia’s support during the wars of the 1990s in ex-Yugoslavia and the Nato bombardment of Serbia in 1999. He has also repeatedly talked of Serbia as a country that needs to protect its own interests.

Lavrov had been due to visit Belgrade on June 6-7, and had planned to meet with Serbian Patriarch Porfirije as well as Vucic and Serbian Foreign Minister Nikola Selakovic.

The timing of the visit was unfortunate, as Lavrov had been due to visit Belgrade just days before a planned visit by German Chancellor Olaf Scholz on June 10, leading to speculation that the Scholz visit might be cancelled. Speaking to Serbia’s Pink television in Bratislava, Vucic admitted the Russia’s foreign minister’s visit was “getting complicated”.

German diplomat Thomas Schieb spoke in an interview with Politika on June 5 of the importance of showing that the EU and the Western Balkans stand “side by side”.

“Serbia has already joined the sanctions against Belarus and supported the decisions of the UN General Assembly regarding the offensive war against Ukraine, which violates international law. These were important steps. Now it is important to also take other EU positions,” said the ambassador, reported broadcaster N1. However, he did not speculate on what consequences could Serbia expect if sanctions are not imposed.

The following day Andrej Plenkovic, prime minister of EU member Croatia, said that Serbia must be careful whose side it chooses if it has ambitions for EU membership. “This is not the time to sit on two chairs,” he added.

“It is completely clear that the visit of a high state official of Russia at this moment, in the midst of aggression against Ukraine, has the sole goal of securing Serbia's support for its conquest campaign against a free and independent state, a member of the United Nations, through blackmail and threats,” the association said.

It warned that welcoming a top Russian official would “mark a clear absence of condemnation of aggression and empathy for the suffering of people in Ukraine, siding with the aggressors and annulment of Serbia's vote in the UN General Assembly”.

A Russian foreign ministry official confirmed to Russia’s Interfax news agency late on June 5 that the three countries had banned Lavrov’s plane from entering their airspace. “We do not yet have the ability to teleport our diplomacy,” Interfax’s source added.

Moscow confirmed the following day that Lavrov’s planned visit to Belgrade has been cancelled, and officials in Moscow voiced their anger at the air blockade that had prevented the visit.

“The unthinkable happened … The sovereign state was deprived of the right to carry out foreign policy. At the moment, Serbia's international activities are blocked, at least in the Russian direction,” Lavrov told a press conference on June 6.

"Let's not beat around the bush. This is another clear and instructive demonstration of how far Nato and the European Union can go in using the most base methods of influencing those who are guided by national interests and are not ready to sacrifice their principles and dignity for the sake of ‘rules' imposed by the West instead of international law.”

“Do you know what is so good about Sarmat? It will not ask for a flying permit from Bulgarian cowards, vindictive Romanians and Montenegrins – who betrayed our joint history. And from Swedes,” Rogozin wrote on Twitter on June 6.

For years, Vucic and his government successfully pursued a multi-vector foreign policy, balancing relations with Russia, China, the EU and the US. However, following Russia’s unprovoked invasion of Ukraine, this position has become increasingly untenable.

While Belgrade is under external pressure to align with EU sanctions, there is strong pressure within Serbia from the large and vocal pro-Russian segment of the population to maintain good relations with Moscow and avoid imposing sanctions. Speaking at the Globsec 2022 event in Bratislava on June 2, Vucic said that many voters had been angry with his government for backing a UN resolution condemning the invasion and cited a poll showing 77% of the population are against the sanctions.

There has even been speculation on social media that Vucic may have welcomed the cancellations of Lavrov’s visit. Writer and political analyst Tim Judah wrote on Twitter that “according to some very good sources, Lavrov invited himself to Serbia, much to Vucic's irritation.”

However, political scientist Jasmin Mujanović said he disagreed that “Lavrov not making it to Belgrade is some kind of "win" for Vucic. The summit was announced by Vucic himself. Lavrov not being able to attend merely illustrates how isolated & divorced from Europe's new geopolitical realities Serbia is.”

Commenting on the saga to public broadcaster RTS, Vucic talked of “hysteria towards Serbia”. "You cannot imagine how many countless talks we have had, in which Serbia was asked to cancel the hospitality of the Russian foreign minister," Vucic said.

Yet Vucic has continued to say – including in his recent inauguration speech following his re-election in April – that bringing Serbia into the EU is his priority. He also appeared more concerned about Scholz’s upcoming visit than Lavrov’s, saying it would be “a tragedy” if Scholz does not arrive in Belgrade.

BALKAN BLOG: How to keep the EU accession dream alive

BALKAN BLOG: How to keep the EU accession dream alive
BALKAN BLOG: What living without Russian gas would mean for Moldova
BALKAN BLOG: Russia’s media manipulation keeps Serbs trapped in the past