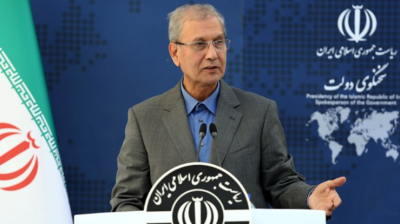 Negotiators now expect to finalise a deal to revive the 2015 nuclear deal in August when Iranian President Hassan Rouhani’s term of office concludes, according to Ali Rabiei, spokesman for Iran’s government.

Hopes that an agreement acceptable to Tehran and the US could be found ahead of Iran’s June 18 presidential election appear to be fading. If such a deadline was met, it might prove a vote winner for the candidates in the poll who are closer in their politics to the pragmatic, moderate Rouhani. Thus the hardliners close to the supreme leader, Ayatollah Ali Khamenei—who has the final say on all matters of state and who on May 27 approved the Guardian Council election vetting body’s move to exclude the top moderate candidates from the upcoming contest—would likely prefer any relaunch of the nuclear deal to be announced once the voting is over.

Rabiei said that there were “no obstacles” in the way of negotiators in Vienna, who have completed their eighth week of talks, adding at a televised press conference: “We’re close to an understanding over principal, nuclear issues… [but there are] some differences such as [ex US president Donald] Trump’s sanctions and Iran’s measures need to be worked out.”

"It is natural that due to the complexities created by the Trump administration's numerous sanctions and Iran's measures..., many details need to be considered, but none of these obstacles are insurmountable," Rabiei added.

The delegations from Iran, the US, France, Germany, the UK, China and Russia were on June 2 gearing up to return to their capitals by the end of this week to consult with their governments on sticking points. There were tentative suggestions that they might reconvene in Vienna on June 10.

The nuclear deal is designed to ensure Iran verifiably keeps its nuclear development programme entirely civilian. In return, the major powers are supposed to shield the country from major sanctions. Trump pulled the US out of the deal, otherwise known as the JCPOA, arguing it was not tight enough.

Another impediment to striking a deal emerged this week when a report from the UN nuclear watchdog showed that Iran has failed to explain traces of uranium found at several undeclared sites. Nuclear inspectors from the watchdog, the International Atomic Energy Authority (IAEA), have, meanwhile, listed 15 areas in Iran where they can no longer do their monitoring job, including the verification of centrifuge machine shops and some parts of the uranium fuel cycle. Investigators have also stated that they no longer have daily access to key Iranian enrichment facilities at Fordow or Natanz.

The IAEA envoys responsible for maintaining checks on Iran are due to convene on June 7. In terms of censure, it is possible they may opt to tread carefully given the delicate stage the JCPOA revival talks have reached.

No sign election of Raisi as Iran’s president will derail efforts to restore nuclear deal
Raisi to be Iran's next president
TEHRAN BLOG: On election eve Iranians ask if regime has unwittingly engineered its own demise