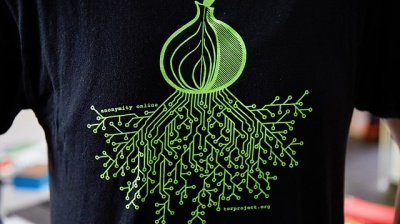 Having been driven out of China, only recently arrived crypto miners might soon be packing up in Kazakhstan. / Andis Rado cc-by-4.0.
By bne IntelIiNews February 16, 2022

Kazakh Economy Minister Alibek Quantyrov said on February 15 that his team has suggested a 10-fold increase in the tax rate applied to cryptocurrency-mining firms operating in Kazakhstan, RFE/RL reported.

Quantyrov reported said he believed the move was necessary in the regulation of all cryptocurrency companies in the Central Asian nation, electricity-thirsty enterprises that consume power from both energy producing firms and unregulated energy supply groups. The course of action proposed would not have any impact on ordinary energy consumers, he added.

"Our ministry suggests considering to separate a group of consumers of energy producing organisations for the purpose of setting higher tariffs for them than our groups of consumers have," RFE/RL quoted Quantyrov as saying.

Earlier in February, Kazakhstan’s First Deputy Minister of Finance Marat Sultangaziyev proposed an increase in electricity prices for cryptominers from $0.0023 per kWh to $0.01, while also proposing a tax be levied on every GPU card and piece of equipment required for the mining of cryptocurrency. He also proposed removing exemptions on value added tax (VAT) for most crypto mining hardware. Most large-scale mining operations in Kazakhstan involve around 10,000 mining rigs, which include ASICs, racks, GPUs, cooling units and associated facilities.

Kazakhstan’s power grid has been strained by the influx of crypto mining firms from China that took place last year, leading to blackouts during the winter. China banned crypto mining after suffering a drain on its electricity grid, causing the companies to shift to Kazakhstan and other countries.

Cryptocurrency farms in Kazakhstan were unplugged from the power grid between January 24 and February 7 as the state-run electricity utility cut power supplies for crypto miners in the face of power shortages.

Kazakhstan: Sanctions likely behind fresh delay at new Baikonur launchpad
2 days ago
EWDN: How Russian game developers are being hit by the shockwave of war
3 days ago
Disney+ comes online in Turkey
4 days ago
Romanian crowdfunding platform SeedBlink helps Bulgarian startup Agriniser raise funds
9 days ago
Investments into Serbian startups soared more than 600% in 2021
9 days ago