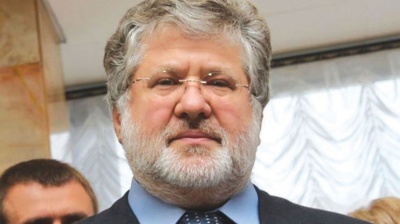 The US Secretary of State Antony Blinken has announced sanctions against oligarch and former Ukrainian official Ihor Kolomoisky due to his involvement in major corruption.
By bne IntelliNews March 5, 2021

US Secretary of State Antony Blinken has announced sanctions against oligarch and former Ukrainian official Ihor Kolomoisky due to his involvement in major corruption, Interfax Ukraine reported on March 5.

"This designation is made under Section 7031(c) of the Department of State, Foreign Operations, and Related Programs Appropriations Act, 2020. In addition to Ihor Kolomoisky, I am publicly designating the following members of Ihor Kolomoisky's immediate family: his wife, Iryna Kolomoiska, his daughter, Andzelika Kolomoiska, and his son, Israel Zvi Kolomoisky. This action renders Ihor Kolomoisky and each of these members of his immediate family ineligible for entry into the United States," Blinken said in a statement released by on the website of the US Department of State.

Kolomoisky has been a notorious figure since his PrivatBank was nationalised in December 2016 after the National Bank of Ukraine (NBU) found a $5.5bn hole in its balance sheet.

As bne IntelliNews reported in a cover story in November 2016 “Privat investigations”, most of the loans the bank had made were to related parties and shell companies set up by Kolomoisky and his partners to whisk the money offshore.

The Ukrainian Ministry of Finance pumped some $5bn into the bank to rescue it, one of the biggest bank bailouts ever in Eastern Europe. Kolomoisky then fled to Israel while former President Petro Poroshenko was in office and only returned after he helped Ukrainian President Volodymyr Zelenskiy to win the 2019 election using his media empire to support that campaign.

No charges have been brought against Kolomoisky nor any investigation launched into the looting of PrivatBank until very recently.

“I cannot underscore how big this story is for Ukraine and perhaps the wider FSU,” Tim Ash, senior sovereign strategist at BlueBay Asset Management, said in a note to clients. “First, Kolomoisky is, I think, the most powerful oligarch in Ukraine – he has managed to play the political, economic, media and legal system to such great effect for three decades. He is definitely a major, major “player” in the Ukrainian political scene and a thorn in the side of Zelenskiy, the IMF and the reform agenda.”

Things seem to be changing since Joe Biden took office earlier this year.

First, the International Monetary Fund (IMF) has long complained that no effort has been made to recover the money stolen from PrivatBank. Kolomoisky has been lobbying for PrivatBank to be returned to its former owners, or at least for the state to pay him $2bn in compensation for the capital that was in the bank at the time of its nationalisation.

Kolomoisky and his partners have brought several hundred legal cases, and compliant courts in Kyiv have found in Kolomoisky's favour in some of these.

At the same time there have been numerous attacks on the members of the NBU that were involved in the nationalisation and subsequent clear up of the banking sector since 2014. The NBU has branded attacks on its staff and Gontareva as a “terror” campaign and blamed Kolomoisky by name for organising them.

The IMF’s $5bn stand-by agreement (SBA) to the Ukraine is currently suspended and one of the sticking issues is the attacks on the independence of the regulator.

Secondly, although there are no details of the talks between Zelenskiy and the Biden team, it appears that the White House is pushing Zelenskiy to clean up his house and has promised some form of support if he does so.

In a surprise decision the Ukrainian general prosecutor Iryna Venediktova, a Zelenskiy loyalist who was appointed last year, named former PrivatBank CEO Oleksandr Dubilet along with his first deputy, Volodymyr Yatsenko, as suspects in the embezzlement of UAH136mn ($4.8mn) in 2016 before the bank was nationalised.

The arrest and embezzlement charges are an about-face for Zelenskiy apparently, who appears to have suddenly launched an offensive to deal with “The Oligarch Problem“, which is undermining his authority and attempting to capture the state.

Previously, Zelenskiy was personally responsible for sacking the former well-respected governor of the NBU, Yakiv Smolii, on June 2 last year, apparently at the behest of Kolomoisky and other oligarchs who lost their banks during the sector’s clean up.

Zelenskiy seems to be a victim of the pressures put on him. The comedian-turned-politician came to office without any power base and even the party that he cobbled together, Servant of the People (SOTP), did not exist before Zelenskiy’s wave of popular optimism swept both into power. Since then, SOTP has fragmented and Zelenskiy has lost his majority in the Verkhovna Rada.

But if Biden is now backing him, Zelenskiy apparently feels that he can turn on his former friend and mentor, who has been actively working to undermine him of late.

“Zelenskiy, I think, realised the threat imposed by Kolomoisky, albeit late – Kolomoisky backed his election campaign – but struggled to take him on until quite recently, as he was unsure about his support at home and abroad,” says Ash. “The US backing for Zelenskiy in this battle is now clear with the US actions. It will, I think, give Zelenskiy strength to go after other oligarchs at home, and push on with the reform agenda.”

Blinken pulled several items out of Kolomoisky's dirty linen basket when announcing the sanctions. He said that in Kolomoisky’s official status as the head of Dnipropetrovsk region of Ukraine from 2014 to 2015, the oligarch was involved in corrupt acts that undermined rule of law and the Ukrainian public's faith in their government's democratic institutions and public processes, including using his political influence and official power for his personal benefit.

"While this designation is based on acts during his time in office, I also want to express concern about Kolomoisky's current and ongoing efforts to undermine Ukraine’s democratic processes and institutions, which pose a serious threat to its future," the secretary of state said.

"This designation reaffirms the US commitment to supporting political, economic and justice sector reforms that are key to Ukraine's Euro-Atlantic path. The United States continues to stand with all Ukrainians whose work drives reforms forward. The Department will continue to use authorities like this to promote accountability for corrupt actors in this region and globally," Blinken said.

Kolomoisky is also under investigation in the US by a Grand Jury, where he is accused of laundering hundreds of millions of dollars though US-based shell companies and dodgy real estate deals.

At the same time, the now state-owned PrivatBank has brought several civil cases against Kolomoisky in London and Cyprus in an attempt to recover some of the missing $5.5bn and has been making progress, albeit slowly, said Sharon Easky, an independent director on the board of PrivatBank, in an exclusive interview with bne IntelliNews in June last year.