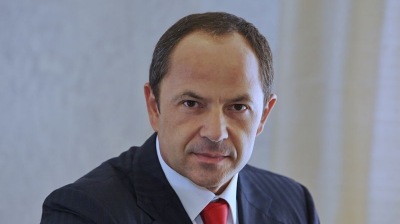 The sources weren’t authorised to talk to the press about the possible appointment as negotiations with Tigipko were still underway. Iuliia Mendel, spokeswoman for the President’s Office, did not respond to a request for comment. The Kyiv Post reached out to the press service of Tigipko’s company, Group TAS, for comment, but has not received a response.

The same day, the Ukrainska Pravda online newswire reported that Tigipko is seriously considered by the president as an alternative to PM Oleksiy Honcharuk but that there is no final decision yet. Initially, the president saw Tigipko in the position of a deputy PM who would strengthen the economic and industrial direction in Honcharuk’s cabinet.

According to the outlet, ex-head of the SBU security service Valeriy Khoroshkovsky was also discussed for the PM post.

Tigipko, the former vice prime minister under former Ukrainian president Viktor Yanukovych, is the owner of TAScombank and Universal Bank. According to local media, the documents to take over VS Bank have already been submitted to the Antimonopoly Committee of Ukraine (ACU).

In 2002-2004, Tigipko headed the National Bank of Ukraine (NBU). Later, he was appointed as deputy prime minister for social policy in a cabinet of then-prime minister Mykola Azarov, who was a close associate of Yanukovych. In 2012, Tigipko was elected as deputy head of the pro-Russian Party of Regions and a member of the party's political council.

On February 26, Zelenskiy confirmed that he had met with Tigipko, without elaborating, though. "I am really holding interviews with many people now. And I also met with Mr. Tigipko. It's true," Zelenskiy told reporters.

According to the PM, the government continues to work in its normal mode. At the same time, Honcharuk noted that he had met with Tigipko. "Over the past month, I've talked to more than 20 people. We really need to strengthen the government with advisors or some kind of positions that are well aware of what industry is," he added.

Alexander Paraschiy at Kyiv-based consultancy Concorde Capital wrote in a note on February 26 that rumours that the existing cabinet would be replaced sometime in March began to spread as early as in late December.

"As the latest polls indicate extremely weak support for Honcharuk and his cabinet and still high public support for Zelenskiy, a populist decision to replace an 'unpopular' PM does not lack logic. For Tigipko, a successful businessman, the position of deputy PM in Honcharuk’s cabinet - the seat that he had occupied two decades ago - does not look adequate to his ambitions or interests. For that reason, Tigipko is indeed very likely to become PM soon," he added.

If that happens, we do not expect any significant changes in the policy of the government, while some important and painful directions (industry, energy, healthcare) could be strengthened, Paraschiy wrote in the research note.

Timothy Ash, senior sovereign strategist at BlueBay Asset Management, believes that Tigipko represents the old school way of economic thinking. "[I am] not sure when Ukraine is trying to send a message of fresh/new thinking what kind of message this would send," he wrote in a note on February 26.

"And was Ukrainian policy that good/successful under Tigipko in the past. I just don't think so. Many of the macro imbalances with which Ukraine had to grapple with in 2013-2014 had their origin in the policies run from 2010, when Tigipko was close to economic policy. He had a chance to reform in the past, but failed to deliver," Ash added.

On January 17, Honcharuk said he had filed the letter of resignation to the president in order to prevent any speculation about disrespect of government members for the chief of state. The PM added, however, that he and his cabinet were going to work "as usual" until Zelenskiy had taken "a political decision".