Ukraine sees local elections in October, including in the rebel-held territories of Donbas 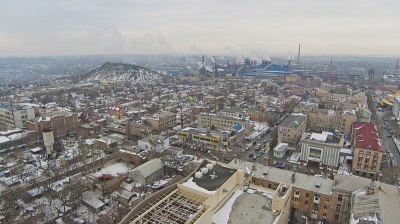 The industrial city of Donetsk before the outbreak of was in the Donbas.
By bne IntelliNews February 3, 2020

Ukraine is going to hold local elections nationally at the end of October, which should include the occupied territories of Donbas, presidential aide Andriy Yermak said in an interview with the KRYM online channel broadcast on February 1.

"The next meeting of leaders in the Normandy Format will occur in three months. I hope it occurs and Ukraine will arrive at this meeting with a full package of agreements. I hope that we take such steps that local elections, based on Ukrainian law, will occur on all of Ukraine’s territory at the end of October," said Yermak, who is among President Zelenskiy's closest advisers.

At the same time, these elections can’t be held in occupied Donbas if illegal armed formations are present there, and if Ukraine doesn’t control the border, which would violate Ukrainian law.

"If some kind of guarantees are necessary, something else, let’s talk about that. I have experience in various difficult negotiations. And there is a need to listen, even if there is currently an absolutely unappealing position from another side. But for some kind of movement forward, one needs to listen, to understand this philosophy and to attempt to do everything – not conceding one’s own interests – to find an exit from this situation," Yermak said.

Zenon Zawada, a political commentator with Kyiv-based consultancy Concorde Capital, believes that Yermak’s remarks confirm the strictly short-term pragmatic approach of the Zelenskiy administration in dealing with most political issues, especially in resolving the war in Donbas and fulfilling the Minsk accords.

"The Zelenskiy team has approached the [Russian President Vladimir] Putin administration with a blank slate, assuming that it wants the same thing as it does, which is a resolution to the armed conflict. We have said that this is the correct approach in principle, as long as Zelenskiy’s team understands that Putin’s ultimate goal in Donbas is bring as much of the Ukrainian territory under the Kremlin’s control, in one way or another," Zawada added.

"What happens in fulfilling the Minsk accords and holding local elections in occupied Donbas will make or break the Zelenskiy presidency and his government. Reaching a peace agreement this year, even with severe concessions, will forgive all sins for many Ukrainians (particularly in Zelenskiy’s core electorate of south-eastern residents)."

Zawada believes that as long as he deals with the pro-Western opposition in an effective way, a peace deal will ensure some degree of stability in Ukraine until 2024. "Failure to reach a peace deal will disrupt the support of his core electorate, which is already beginning to feel disillusionment from its native son."

"The Zelenskiy administration will go to great lengths to fulfill the Minsk accords to resolve the armed conflict, and it will use unorthodox and tacit tactics in doing so. It will have to inevitably blur the red lines that it has claimed to be committed to, which Yermak himself has indicated he is willing to do," Zawada wrote in a note on February 3.