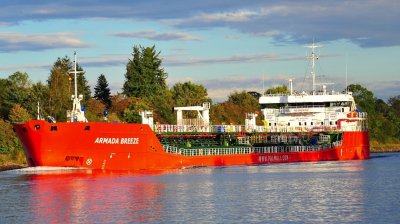 A row over costs lead Turkmenistan to switch from shipping oil to Baku in Azerbaijan to Novorossiysk in Russia, but now that Azeri oil company SOCAR refuses to let Ashgabad use its tankers little oil is getting delivered
By bne IntelliNews February 19, 2019

Turkmenistan has halved its oil exports in recent weeks due to a lack of tankers caused by a clash between Swiss trading house Vitol and Azerbaijan’s SOCAR, Reuters reported last week, citing anonymous traders.

Turkmenistan normally exports around 200,000 tonnes of oil per month via the Caspian to world markets from the Cheleken field operated by the UAE’s Dragon Oil and the Okarem field operated Italy’s Eni.

The cuts in Turkmen oil exports took place after the producers decided to ditch the SOCAR-operated route which shipped Turkmen oil to Caspian Sea port of Baku, where the Baku-Tbilisi-Ceyhan (BTC) pipeline shipped it further to the Turkish Mediterranean. Instead the Turkmenistan-based producers, with the help of Vitol, decided to export oil to the Russian port of Makhachkala, where Transneft is taking it to Novorossiysk.

Some traders say the decision was driven by pricing disagreements, as SOCAR raised tariffs while Vitol promised discounts.

SOCAR, which controls the Caspian’s largest fleet of small and mid-sized tankers, was not too pleased with the development and refused to let Vitol use its tankers, according to the traders. As a result only 80,000 tonnes of Turkmen oil will be loaded Black Sea port of Novorossiysk in February.

While Vitol has managed to secure several tankers, these would only be able to transport approximately 120,000 tonnes a month until April, when the Russian river-canal system becomes ice-free and open for navigation.

The traders said that the slowdown in crude exports has forced the Turkmenistan-based producers to stockpile oil in January and February.

“Storage tanks are full so the Turkmens now face the risk of suspending some production,” a market source told Reuters.

Prior to the launch of oil shipments via Russia this year, Turkmenistan had halted its Russian oil transit arrangement after Russian gas giant Gazprom stopped importing Turkmen gas in 2016. Gazprom and Turkmen authorities entered negotiations on 1 January on restarting Turkmen gas exports to Russia.