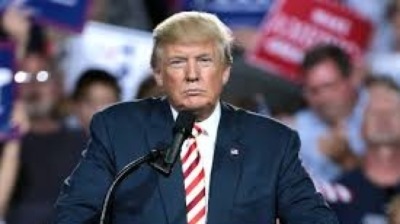 The three governments were nominated by a member of the Swedish parliament, Magnus Jacobsson.

“I have nominated the US Gov. and the governments of Kosovo and Serbia for the Nobel Peace Prize for their joint work for peace and economic development, through the cooperation agreement signed in the White House. Trade and communications are important building blocks for peace,” Jacobsson said in a tweet.

Kosovo unilaterally declared independence from Serbia in 2008, but it is still not recognised by Belgrade as a separate country. The proclamation of independence came one decade after the Kosovo war in 1998-1999 which ended with Nato attacks in Serbia. The independence war claimed more than 10,000 victims, making the two sides fervent enemies.

The winner of the prize will be determined by a five-person Nobel Committee, which is appointed by the Norwegian parliament and will be announced until October next year.

Trump has already been nominated for the prize by another Norwegian MP for the US' role in brokering an agreement between Israel and the UAE.