Tougher times ahead for Emerging Europe 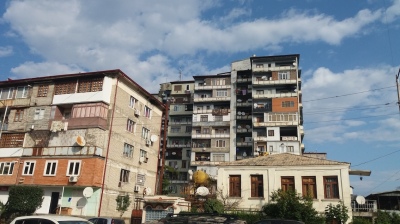 Expectations of a quick end to the war in Ukraine followed by a rapid recovery from the economic shock across Emerging Europe proved to be unfounded. Instead, with no end to the war in sight, spiralling inflation is set to drag down growth across Emerging Europe in the second half of 2022 and into 2023, according to the latest set of forecasts from the Vienna Institute for International Economic Studies (wiiw).

Growth projections for virtually all the Emerging Europe countries have been lowered since Russia’s invasion of Ukraine in February, and now range from 4.5% in Slovenia to -38.0% in Ukraine.

wiiw forecasts that most of the region will avoid an economic recession this year, but this outlook is subject to considerable downside risks.

Across the region, the most resilient to the crisis are the 11 EU members of the region, where average growth of 3.3% is expected this year.

Growth in the aspiring EU members of the Western Balkans is expected to come in at a more modest but still positive 2.9%, while Turkey is heading for 2.7% growth.

On the other hand, sharp contractions are expected in both Russia and Ukraine, as well as Russia’s closest ally Belarus, which is also targeted by Western sanctions. Moldova, located next to Ukraine and with part of its territory controlled by Russia-backed separatists, is heading for a contraction of 1%.

“The region has been showing really remarkable resilience in its recovery from the COVID pandemic shock, but things are unfortunately changing for the worse,” said Olga Pindyuk, economist at wiiw and lead author of the summer forecast, on a webinar to present the results on July 6.

Specifically, she said, “inflation has become a major challenge globally” and there is a high level of uncertainty with negative risks continuing to mount.

wiiw has had to revise upward its inflation forecasts for 2022-23 for most countries in the region, as wiiw economists now expect “inflation to be more persistent and last longer than previously thought,” Pindyuk said.

Inflation was in double digits across all 23 countries included in the wiiw report from Central Europe to Central Asia, with only one exception: Slovenia. While Turkey’s rampant inflation is many times higher than that of other countries in the region — it’s expected to come in at around 68% this year — the eastern EU members are heading for inflation at an average of around 11%.

wiiw’s report identifies the war as being behind the seemly unstoppable rise in food prices: “A major reason for this is the shortage of supplies on world markets due to the loss of Ukrainian and Russian agricultural exports. Lower supplies of fertiliser as a result of the war could limit crop production in many countries and further exacerbate the food crisis.”

Amid fast rising inflation, confidence is already deteriorating among businesses and — to a much greater extent — among consumers.

“Inflation is starting to bite households, eating into real incomes, and this is only the beginning. The situation is likely to aggravate in the second half of 2022,” said Pindyuk.

“Real wages declining in some counties and the positive growth [in others] is not sustainable as inflation is spiralling. This means a slowdown in consumer spending is coming. Households [in emerging Europe] are poorer than in Western Europe and a higher share of their spending is on food and non-alcoholic beverages. Demand for these items is inelastic so demand for other things will inevitably decline.At the same time, increasingly more households will be pushed into poverty,” she added.

On top of the loss of human life and destruction in Ukraine, the country’s economy has been devastated by the war. Previous forecasts from various institutions initially projected a bounceback in 2023 but as the war drags on into the second half of the year that is no longer a given; wiiw currently forecasts growth of just 5.0% in 2023 rising to 13.0% in 2024.

“The war continues to have a devastating effect on the Ukrainian economy, with damage from the destruction of residential and non-residential buildings and infrastructure exceeding 60% of the country’s 2021 GDP,” the report says.

“As Ukraine is adjusting to the new reality of the war, economic activity is starting to recover slowly in both the manufacturing and the services sector, with more companies resuming their activity. Still, capacity utilisation remains 40% lower than before the start of the war.”

While the timing is unclear, at some point the war will be over and the reconstruction of Ukraine begin, heralding the start of the country’s recovery.

“We expect — on the end of the war and beginning of reconstruction, private capital to flow,” said Pindyuk, pointing to the IT and agriculture sectors as being particularly attractive, along with renewable energy.

On the other hand, Pindyuk said, “for the parts of Ukraine that may end up under Russia, the future is very gloomy, with no rebuilding, and isolation from the global economy”.

“Russia has so far coped better with the sanctions than was foreseeable in spring. The sharply lower imports and still high revenues from energy exports have pushed the rouble to a new five-year high against the euro and the US dollar,” the report said.

“The strong rouble and the population's reluctance to spend are also dampening inflation, which we now see at around 16% in 2022. In the short term the country has additionally benefited from the EU oil embargo via further increases in the oil price.”

However, Vasily Astrov, senior economist and Russia country expert at wiiw, said more pain is in store for Russia. "Although it was possible to slow down the slump, the full effect of the Western trade sanctions is only gradually becoming apparent,’ Astrov commented, pointing to the “dramatic” production losses in some industrial sectors due to a lack of Western components.

Even the increasingly pessimistic forecasts may yet be lowered since, as Pindyuk pointed out, the negative risks are mounting.

First among these are the continuation of the war, still a subject of “huge uncertainty”, though it’s already clear it will last much longer than initially thought.

Secondly, Pindyuk said, “persistently high inflation could trigger a stagflationary hard landing, with prices growing out of control and an economic recession.”

As Russia and the West continue to inflict economic damage on each other, Pindyuk believes a sudden stop of gas supplies cannot be ruled out, and this would be particularly damaging for the Central and Southeast European countries that almost all their gas imports from Russia. A suspension of gas supplies "would imply winter energy rationing and push many countries into recession,” warned the economist.

Fourthly, there are the inflated real estate prices, which wiiw sees as unsustainable.

Finally, analysts are already looking ahead to the next US presidential election in 2024, given the importance of the US to Europe’s security and economic situation.

BALKAN BLOG: Southeast Europe’s ties to Russia prove hard to sever
Kosovo’s PM Kurti says risk of new conflict with Serbia is high
Leaders of Serbia and Kosovo to meet as they pull back from brink of conflict

CEPR's action plan for Ukraine's wartime economy
53 minutes ago
Missiles or sabotage: What caused the explosion at the Russian airbase in Crimea?
3 days ago
Population decline to take Emerging Europe back to the early 20th century
3 days ago
Czech government remains colour blind on green issues
3 days ago
Poland ups the ante in feud with Brussels over judiciary reforms
4 days ago