TEHRAN BLOG: As US hawks go for its jugular, Iran issues gentle ultimatum to Europe 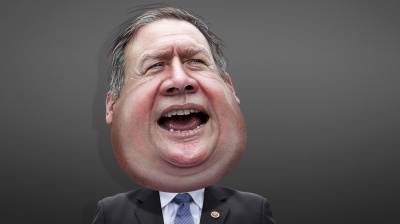 The voices of US foreign policy hawks such as Mike Pompeo have been growing progressively louder when it comes to isolating Iran.
By bne IntelliNews May 8, 2019

Imagine being promised an ocean-going vessel, but then being presented with a shabby dinghy. And there are savage sharks out there…

The scenario paints a rough approximation of how the Iranians feel when they look at what the Europeans offered them to stay in the nuclear deal, so mean-spiritedly abandoned by the Americans, and what they have delivered.

Make no mistake, the waves of punishing US sanctions unleashed by Donald Trump have put Iran under severe economic stress. And the hardliners who take a “We told you so” approach to the pragmatic moderates at the helm of the Iranian government (kept in check by the clerics) who took Iran into the 2015 nuclear agreement have been growing increasingly restless with nothing much forthcoming by way of viable help from the European powers. Hence the ultimatum delivered to Europe on May 8—fulfil your obligations under the nuclear deal and, even without the participation of the US, Tehran will guarantee its survival—can come as no surprise. Something had to give.

Largely symbolic
Just as Europe’s backing for the multilateral nuclear deal (formally named the Joint Comprehensive Plan of Action, or JCPOA) following the May 2018 US unilateral withdrawal has been largely symbolic—to date—the Iranians’ relaxation of their commitment to the accord, outlined by President Hassan Rouhani, does not violate JCPOA conditions or show much teeth—so far.

“For now, nothing changes, but this could be a ticking time bomb,” a European diplomat told Reuters.

Iran has suspended two parts of the deal, specifically the sale of surplus enriched uranium and heavy water. Under the JCPOA—agreed by Iran, the US, UK, France, Germany, Russia and China after painstaking negotiations to shield the Islamic Republic from heavy sanctions in return for compliance with measures that bar its way to the potential development of atomic bomb-grade enriched uranium and a nuclear device—Iran is required to sell its surplus enriched uranium and heavy water from its civilian nuclear activities to other countries. Showing the unstinting and unprecedented aggression that has become the hallmark of the Trump administration’s policy towards Iran, the US, looking to make life as difficult as possible for the Iranians by even hindering their civilian nuclear activities, actually moved to use sanctions to bar such sales abroad last week. But experts say Iran’s stockpile of enriched uranium is in any case still well below the deal’s cap and heavy water is a less sensitive matter.

Protection wanted for oil and banking
Rouhani also threatened that in 60 days Iran would resume the enrichment of uranium beyond the low fissile purity needed for civilian nuclear power generation unless the remaining five world powers still signed up to the JCPOA found a way to protect Iran’s lifeline oil exports—which the US is intent on driving down to zero—and banking industries from US sanctions.

“If the five countries came to the negotiating table and we reached an agreement, and if they could protect our interests in the oil and banking sectors, we will go back to square one,” Rouhani said in a televised address.

“The Iranian people and the world should know that today is not the end of the JCPOA,” he added. “These are actions in line with the JCPOA.”

Mark Fitzpatrick, an associate fellow of the International Institute for Strategic Studies, told Reuters that “enriching [uranium] to 20 percent would surely spark sanctions, so I expect in 60 days there will be various ‘technical’ reasons why it can’t be done right away.”

As always when the nuclear deal hits the headlines, there were plenty of words from Europe in response to Iran’s move, but no word of real action to help Iran out of its dire economic predicament (the IMF estimated its economy would shrink 6% this year, but the forecast was made before the US announced its “zero oil” policy in April).

“Our position remains that we want to stick by the agreement, especially to prevent Iran from gaining possession of a nuclear weapon,” German Foreign Minister Heiko Maas said, adding that the pact was crucial for European security.

Pompeo seen as snubbing Berlin
Maas was speaking after Trump administration hawk and US Secretary of State Mike Pompeo delivered what was interpreted in some quarters as a clear snub to Berlin by cancelling a visit at the last minute and instead flying on to Iraq where he spoke to Iraqi officials about providing security for US personnel in their country following, he claimed, the receipt of information that the threat level to the American military from Iran had increased. Pompeo’s stop-by did nothing to persuade observers away from their argument that some officials in the White House are angling for a war with Iran to settle some old Middle East sores once and for all.

The UK, meanwhile, for whom Pompeo did turn up for on May 8, trod carefully in its comments on the JCPOA issue, with Prime Minister Theresa May’s spokesman saying: “We are extremely concerned about this announcement and urge Iran to continue to meet its commitments under the deal and not to take escalatory steps.”

“This deal is a crucial agreement which makes the world safer, and we will ensure it remains in place for as long as Iran upholds these commitments,” he added.

UK Foreign Secretary Jeremy Hunt said Iran's latest step was "unwelcome" and also urged Iran "not to take further escalatory steps" and to "stand by its commitments". He added: "Should Iran cease to observe its nuclear commitments there will of course be consequences." But he also observed that the UK continued to back the deal and called on Iran to think "long and hard" before it breached it.

France’s Defence Minister Florence Parly told French media that the European powers were doing everything they could to keep the deal alive but noted that there would be consequences and very possibly sanctions if the JCPOA was not adhered to by Iran.

Iranian officials have repeatedly expressed their dismay at the limited scope of the Instrument in Support of Trade Exchanges (Instex), set up by Germany, France and the UK as a transaction channel which, with measures such as the provision of anonymity and non-dollar-trading, could enable some European businesses to continue trading with Iran without incurring US sanctions. The realisation of Instex has suffered numerous delays and it is not even clear yet whether it will cover substantial transactions that would, if conducted transparently, be subject to sanctions.

Pompeo has said that the trades currently planned for Instex do not trouble him and other US officials have derided it as a paper tiger. The Iranians naturally want to see the major European powers beef it up.

Unrelenting, bludgeoning aggression
Despite having ridiculed Instex, the US is perhaps nervous about it achieving at least a growing symbolic value in the principled case that Iran has not breached the accord and thus deserves better treatment. But Washington’s unrelenting, bludgeoning aggression towards Iran is again seen in its intimidating comments on the trade mechanism.

News agencies reported Tim Morrison, a special assistant to Trump and senior director for weapons of mass destruction and biodefense, as telling a conference that the US would move quickly against any attempt by European countries to loosen the US sanctions noose around Iran and he advised European companies not to go near Instex. “If you are a bank, an investor, an insurer or other business in Europe you should know that getting involved in the ... Special Purpose Vehicle [Instex] is a very poor business decision,” Morrison reportedly said.

Knowing he could at least expect some clear support from Russia, Iranian Foreign Minister Mohammad Javad Zarif flew to Moscow to discuss the latest status of the JCPOA there.

During his visit, Russia and Iran both stated that they blame the US for what they said was Tehran’s forced decision to suspend some nuclear deal commitments, while they put the onus on European powers to pledge sanctions relief for Iran.

Kremlin spokesman Dmitry Peskov said President Vladimir Putin had predicted consequences from the “unthought-out steps” of US withdrawal. “Now we are seeing those consequences.”

As per usual, China came up with supportive but vague platitudes, saying there should be continued implementation of the nuclear deal and restraint and the pursuit of dialogue from all parties.

But all eyes now turn back to Europe. “This surgery is to save the [deal] not destroy it,” remarked Rouhani, but, of course, when a surgeon’s assistant dithers the consequences can be fatal.