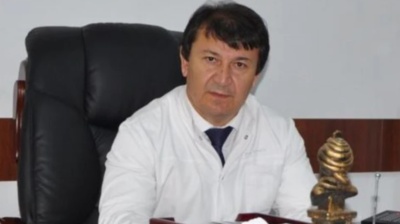 The sources said the minister and other health officials were "severely injured" in the attacks. The Tajik authorities also invited medical experts from Russia, Germany and Uzbekistan to treat Rahmon's sister, they noted.

A preliminary investigation has been launched into the attacks, the report said.

RFE/RL added that no one from the presidency, government or other authorities would comment publicly on the allegations and that Abdullozoda was not present at a July 26 press conference in Dushanbe on Washington's move to supply Tajikistan with COVID-19 vaccines.

Tajikistan on July 25 was set to receive 1.5mn doses of the Moderna shot from the US via the international vaccine distribution system known as Covax, an official told AFP, adding that the US wanted to be the world's "arsenal" in the fight against COVID-19.

There has lately been unconfirmed reporting that many of the president's relatives have been hospitalised with coronavirus symptoms in recent weeks. Since admitting that the coronavirus has hit the country—unlike Turkmenistan where officials still stick to the plainly ludicrous line that the country has experienced no coronavirus infections—officials in Tajikistan have been accused of underreporting cases and covering up the extent of its spread. At the start of this year, Rahmon delivered a speech preemptively declaring victory over the country’s coronavirus outbreak.

Tajikistan’s coronavirus task force has issued an order for all Tajik citizens over the age of 18 to get vaccinated against COVID-19, Khovar news agency reported on July 3.

With a population of 9.3mn, Tajikistan is Central Asia's most impoverished nation, narrowly worse off than Kyrgyzstan.