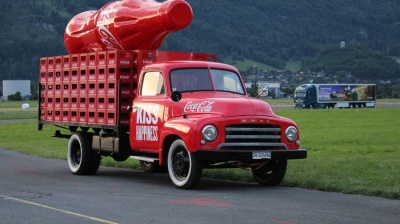 Grim times for Coke in Turkmenistan.
By bne IntelliNews February 26, 2019

Some reports attempted to analyse Gozutok’s death as connected to Turkmenistan’s ongoing budgetary and currency crises, claiming that Istanbul-parented Coca-Cola Iceсek Turkmenistan was facing financial problems. Other reports, including one on Eurasianet, said western companies were unlikely to suffer from Turkmenistan’s woes. Regardless of the background behind it, Gozutok’s death is likely to further demoralise foreign investors and foreign companies looking to operate in the country.

Gozutok hurled himself out of a window at the Oguzkent hotel in Ashgabat. The hotel, where a room costs upwards of $250, is sometimes used by Turkmen government officials to host diplomatic talks—the authorities apparently view Oguzkent as a source of pride. The tragedy may thus also prove to be something of a hindrance to the natural gas-rich nation's PR efforts with official visitors to the Turkmen capital.

Companies going unpaid
Last year, reports emerged that foreign companies operating in Turkmenistan had not been receiving payments for the past 4-5 years. In February 2018, Turkish company, Polimeks, claiming it had not been paid, decided to halt the construction of a toll road from the Turkmen capital Ashgabat to the Caspian port city of Turkmenbashi.

A Coca-Cola Iceсek spokeswoman told AFP in November 2017 that Coca-Cola Turkmenistan was facing hard currency conversion issues, but did not indicate any plans to leave the market. The opposition-run chrono-tm.org news website reported in the same month that the soft drinks producer and distributor had halted production and was on the verge of shutting down its operations altogether.

Turkmenistan Coca-Cola Bottlers also faces problems when it comes to importing ingredients needed for soft drinks production as well as pressure from local businesses, the news report from 2017 said.

It appears that Turkish companies were more likely to feel the sting of Turkmenistan’s economic troubles than other western companies, however. Eurasianet cited an example of Paris-headquartered Thales Group, which recently won a contract to fit out a new provincial airport in Lebap Region, as being “presumably confident” of payment from the government.

Coca-Cola Turkmenistan has been operating in the country since 1998. As of February 2009, Turkmenistan Coca-Cola Bottlers became an operating subsidiary of Coca-Cola Icecek. The company has been annually producing approximately 88mn bottles.

No money to spare
Most ordinary Turkmen citizens likely have not had the opportunity to spare money for Coca-Cola soft drinks in the past couple of years. Opposition-run news websites have reported on shortages of basic goods including food in the Central Asian nation caused by the ex-Soviet state’s drained budget. Passport-based bread rationing has reportedly become a feature of daily life for many.

On top of that, stretched government finances have prompted Turkmen public sector agencies and organisations to cut their workforces and send remaining employees on unpaid leave. Buying soft drinks is rather a secondary concern under such conditions.

Turkmenistan’s economic troubles largely stem from the years of reduced oil and gas prices that began in 2014. The loss of Russia as a gas customer has also hit the country hard.

IMF-recommended reforms
There is some indication that Turkmenistan is moving to introduce some relatively significant economic and business reforms based on recommendations from the IMF, but the pace and scope of reforms already put in place has not been reassuring.

Striking an optimistic note, the IMF mission that visited Ashgabat late last year concluded that Turkmenistan’s indicators of economic growth “remain broadly stable”. The growing hydrocarbon prices have helped the country improve its trade and fiscal balances, and there were identifiable rising exports of natural gas and petrochemicals, it added.

Turkmen growth could potentially receive another boost in 2019 if Russian state gas giant Gazprom lives up to its announcement in October that it will resume importing Turkmen natural gas from early 2019.

China and Russia blur lines on “division of labour” in exerting influence over Central Asia
LONG READ: The Growers - a handful of countries in New Europe are coping with the coronacrisis and are still expanding
Raw feelings in Turkmenistan as Berdimuhamedov pays 3.51 to the dollar