Stock Spirits, the London-listed Central European vodka producer, said that it is still suffering in its key Polish market as it reported adjusted earnings down 20.7% to €66.4mn in 2014.

Stock Spirits issued a profit warning last November and again this January after a 15% hike in Polish excise taxes at the start of 2014 sparked a prolonged price war. Stock Spirits has a 38% share by value of the Polish spirits market, and draws around 60% of its revenue from there.

Chris Heath, chief executive, said the market was taking longer than expected to return to normal, but he predicted this would happen sometime in 2015. Stock Spirits has recently changed its Polish managing director.

“Our strategy of focusing on value rather than volume has served us well in the past and we believe it will do so again, even if it results in further pain in the short term,” he told bne IntelliNews.

Heath said the overall Polish spirits market – the third largest in the world by value - had declined 4.3% by volume, but had actually increased 3.1% in value over 2014, showing that underlying consumption trends had remained resilient.

Stock Spirits’ net sales and Ebitda both fell around 19% in Poland, but the group had managed to keep its Ebitda margin stable at a very high 31.7%, with only a marginal fall in market share. “We remain confident that once the market stabilises, we will deliver strong results,” Heath said.

Stock Spirits has pursued a strategy of “premiumisation” in Central Europe by building its own local premium brands, introducing a range of flavoured vodkas, and signing distribution deals for global brands such as Diageo in the Czech Republic and Beam Suntory in Poland. In 2014 it managed to increase its gross margin by 160 basis points to 52.6%.

Heath said Stock Spirits was “starting to get some real momentum” during its first full year of the distribution deals in 2014. “They give us much better strength at the premium level,” he said. “A large number of consumers of spirits products have aspirations to drink international brands.”

He added that Stock Spirits could also benefit from loyalty to local brands, especially in markets such as Poland where drink advertising was restricted. “Loyalty to well established brands that customers know and trust is very high,” he said.

Despite its problems over the past year, Stock Spirits is continuing to look for acquisitions and Heath said it came close to clinching one deal last year and was still in discussions. “We want businesses that have the potential to become market leaders in two to three years,” he said.

House broker Nomura said in a note that, with a 2014 net det/Ebitda multiple of 1.3-times, “the company has significant firepower (c€150m) to finance deals from cash. We also believe that Stock could offer an interesting CE European platform for acquisition by an international spirits company.”

Nomura estimates that Stock Spirits' shares trade at a 2015 price/earnings ratio of 16.0, against a spirits segment average of 21.3. 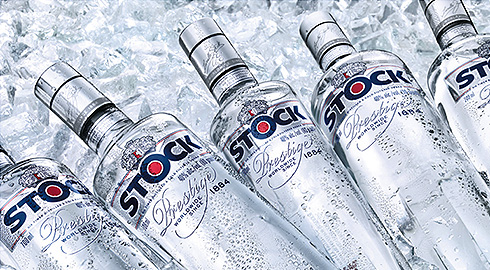