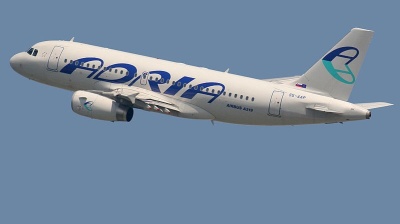 By Valentina Dimitrievska in Skopje February 3, 2020

Rastoder is known as the “Banana King”, as he is the biggest banana trader in the region and the sixth globally. His Rastoder Group sells bananas and other exotic fruits under the Derby brand all over the world.

Born in Berane, Montenegro in 1962, Rastoder is a naturalised Slovenian. He moved to Ljubljana in 1986 and started his banana trading business 20 years ago. In a short period of time he became a global player.

He rarely gives interviews, and hardly ever answers journalistic questions, and his history prior to starting the business is hazy, though he is reported to have obtained a medical degree at the University of Belgrade and worked for a while at the University Clinical Center Ljubljana.

The Rastoder company was set up in May 1992, with its initial business the import and export of coffee in the ex-Yugoslavia region, as well as transport and heavy mechanisation services.

Over the years, its activities have been extended to the export/import of fresh fruit and vegetables, and it has grown into a highly competitive company in the global market. In 2013, the company opened a big logistics centre in Ljubljana.

Rastoder imports bananas mostly from Ecuador and Costa Rica and ships them to the Slovenian port of Koper, from where his company further distributes them throughout the world.

Rastoder’s most significant partner is the US multinational corporation Dole, which is also one of the largest banana traders in the world.

The Rastoder name is not linked only with bananas. Rastoder was also well known as the former president of the Ljubljana Olimpija Football Club. He bought the club in 2011, but football fans doubted whether he went into the business with sincere intentions. Rastoder reportedly asked Luka Koper to pay him €250,000 in sponsorship for the club, or he would move his banana business to the Croatian port of Rijeka.

Rastoder later stated that his request was not blackmail, but a business proposal. However, the Slovenian anti-corruption commission filed a criminal report to the Ljubljana District Attorney's Office. The prosecution conducted pre-trial proceedings, but dismissed the complaint.

Rastoder then reduced the volume of business with the Port of Koper. He later sold the club to Serbian-American tycoon Milan Mandaric, reportedly for €4mn.

Rastoder’s business also suffered from the financial crisis at Croatian food and retail giant Agrokor that came close to collapse in early 2017. In 2014, Rastoder signed a business cooperation agreement with Agrokor, worth €70mn-€100mn per year, but shortly afterwards Agrokor was plunged into a debt crisis. After a settlement with creditors, Agrokor was eventually restructured and succeeded by a new company, Fortenova.

In 2017, Rastoder entered the real estate business by purchasing the dilapidated Bellevue Hotel in Ljubljana. He later bought other properties in Slovenia.

The following year, Rastoder expanded into waste treatment. The group acquired Maribor-based Gorenje Surovina, one of the largest Slovenian waste processors with a history going back more than 50 years. Rastoder executives said at the time they decided to buy Gorenje Surovina because of the great synergies with their core activity.

These diversification efforts paid off. In 2019, Rastoder, together with his wife Hajrija, who owns a 5% stake in the company, achieved great business success, climbing to 19th place from 40th place in the list of the richest Slovenians, according to Manager magazine.

Air Adriatic was established at the end of October 2019 to enter the business of leasing aircraft for private flights, and is believed to have bought two small aircraft, news daily Dnevnik reported.

Adria Airways, which was acquired by the German financial fund 4K Invest in 2016, went into receivership in the second half of 2019 after several years of financial difficulties. Following its collapse, the government considered establishing a new national carrier in order to retain Slovenia's connectivity to the world, but this option was ultimately dismissed as economically unviable.

Rastoder beat out two other firms that participated in the auction – Croatia’s Komforia and airline consulting firm Dedal.Aero, whose director is former Adria Airways’ pilot Dejan Slodej. Slodej said after the auction that Dedal.Aero was interested in buying Adria's licenses, but not at such a high price. Russian investors linked to the aircraft manufacturer Sukhoi also expressed interest in Adria Airways’ licenses, but they did not show up at the auction.

What is interesting is that the company was set up two months after in August 2019 news broke that a fungal disease that kills Cavendish banana plants had been detected for the first time in Latin America, from where Rastoder bananas originate.

The deadly Fusarium fungus, which causes the so-called Panama disease in banana plants that has decimated banana plantations in southeast Asia for 30 years, has finally made its way, as feared, to Latin America, which is the heart of the global banana export market.

Did Rastoder anticipate a downfall of banana business or was it just his entrepreneurial ambitions that led him to the airline business? The root cause of Rastoder's sudden decision to diversify his business is not known.

Adria Airways’ certificate (AOC) has been suspended until September 30, 2020 and will be reinstated once the new owner, Air Adriatic, meets certain obligations set by the Slovenian Civil Aviation Agency, among which is the possession of operational aircraft.

Rastoder has one month to pay the purchase price of the licenses. His company will also have to meet a number of obligations such as eliminating discrepancies that arose following the revocation of the airline’s AOC and the launch of bankruptcy procedures.

Commenting on the sale of the Adria Airways' licences, Slovenian business newspaper Finance said that Rastoder may succeed with Air Adriatic, but people should not expect an airline of a size similar to the former flag carrier.

Finance added that Rastoder has another ambition in the airline segment, as he is also interested in acquiring a stake in Montenegro Airlines, which has been looking for a buyer for several years.

The Slovenian government, according to media reports, was ready to consider investing jointly in a new airline set up by Rastoder.

Rastoder has held talks with Nena Dokuzov from the Slovenian Ministry for Economic Development and Technology, while Slovenian Economy Minister Zdravko Pocivalsek was reportedly considering potential state involvement in the deal with Rastoder, but only if the name "Slovenia" was part of the name of the airline.

Since then, however, Slovenian Prime Minister Marjan Sarec resigned, opening the way for either a new government or snap election, so the airline is certainly not high on the list of priorities.

With the predominance of oil and gas in Russia’s economy the pipe-making business is a big one. ChelPipe is the market leader and is now considering an IPO.

Finance minister accused of just “dropping in from outer space” for sticking to his targets. Lira continues to crumble as analysts slash growth forecasts.

Tech startup Eligma has already popularised cryptocurrency payments in Slovenia. Now the company is keeping its operations going to enable contactless payments for groceries and other essentials.

Just how painful would a sovereign debt default be for Ukraine?
1 day ago
Turkmenistan: Unjust deserts
2 days ago
Russian pipemaker ChelPipe getting ready for IPO
7 days ago
TURKEY INSIGHT: How bad a pandemic hit to GDP must country brace for?
4 days ago
Keep calm and carry crypto
6 days ago