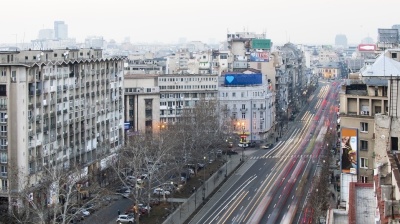 International rating agency Standard & Poor’s (S&P) announced on November 11 that it has changed its outlook on Romania’s rating from stable to negative while affirming the country’s long-term foreign and local currency sovereign credit ratings at BBB-.

“The outlook revision reflects increasing risks to Romania’s economic and fiscal stability should policymakers be unsuccessful stabilising and consolidating Romania’s budgetary stance, including from plans to implement further pension hikes from next year,” S&P said in its press release.

“Large spending deviations by the previous government have forced Romania's current leadership to revise up its fiscal targets for 2019 and 2020, against the backdrop of a slowing economy,” the rating agency said.

Policymakers have increased their projections for the budgetary deficit for 2019 and 2020 to 4.3% and 3.5% of GDP, from 2.8% and 3.0%, which the rating agency sees as being a major deviation from the original targets.

The action is mostly based on the actions of the previous Social Democratic Party (PSD) led government that was ousted in a confidence vote in October, but the rating agency questions the incumbent government’s fiscal consolidation stance as well.

The finance ministry has drawn up next year’s budget and sent the key indicators to lawmakers for prior endorsement, but no major consolidation policies were announced while the key issue remains the rise in pensions that the incumbent executive cannot afford to curtail as it heads for local and parliamentary elections in 2020.

Early elections would indeed smooth unpopular “austerity” policies with negative impact on low income households, but not necessarily the equally (if not more) needed measures such as rising corporate taxation in some areas, rising property taxation, improving VAT collection, more aggressively fighting transfer pricing, or even considering progressive taxation — all of them with the aim of better financing of the public education and health systems that remain underfunded and poorly managed despite visible improvements in recent years. Such steps take political commitment, which the new government has not demonstrated in its first weeks of activity and, judging from the ambiguous position vis-a-vis the so-called "special pensions" will not likely demonstrate soon.

In a response to the rating agency’s action, Finance Minister Florin Citu blamed the previous government for the unsustainable expenses that it committed to and argued that the rating agency should also take into consideration the efforts pledged by the new government toward fiscal consolidation.

He stresses that the agency has still decided to keep the country’s rating unchanged and blamed the previous government for not having addressed the concerns expressed by S&P in February.

However, the rhetoric of Romania’s finance minister is only partly supported by S&P’s press release.

S&P says it believes “there are grounds to question the realism of the revised budgetary targets over the 2020-2022 period.” And indeed, S&P projects a 4% of GDP deficit target for 2020, versus the official target of 3.5%. On the upside, public debt is not expected to exceed 40% of GDP over the forecast period.

The rating agency expresses particular concerns about the government’s decision to stand by the pension hikes mandated in the new pension law, adopted in July 2019, which will increase the state’s pension spending by over 3% of GDP in 2020-2022.

Secondly, S&P underlines that “any plans for offsetting budgetary measures are complicated by the upcoming election cycle.” S&P said it could revise the outlook to stable if it observed that the government has made headway in anchoring fiscal consolidation, leading to a stabilisation of Romania's public finances and external position.