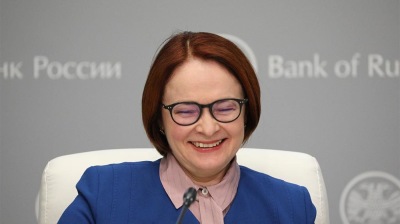 The Central Bank of Russia (CBR) has switched tactics from running a prudent monetary policy to a more aggressive attempt to stimulate economic growth in 2020
By Ben Aris in Berlin February 10, 2020

The Central Bank of Russia (CBR) has switched tactics from running a prudent monetary policy to a more aggressive attempt to stimulate economic growth following its February 7 decision to shave another 25bp off the key monetary policy rate to 6%, say analysts.

Inflation in January fell to an annualised rate of 2.4%, well below the CBR’s target rate of 4%, giving the regulator ample room to cut rates. But the most recent decision to cut was still early according to many analysts and signals that the central bank now feels comfortable with the inflation rate and will focus more on reducing interest rates in an effort to boost economic growth in 2020.

The Ministry of Economy is forecasting around 2% growth in 2020, which is ahead of the International Monetary Fund (IMF) prediction of 1.9%, but investment banks are becoming increasingly optimistic that growth will outperform this year on the back of an anticipated boost in state spending. But the outlook remains confused and the spread of predictions is wide ranging, from BCS GM's 2% to Renaissance Capital’s prediction of 2.6%.

The CBR’s language changed in the press release following the announcement of the cut, indicating it was more focused on boosting growth than preparing for sanctions or other external shocks. The spread of the Coronavirus has dampened the mood somewhat, but Russia’s “fiscal fortress” is complete with international gross international reserves (GIR) now above their pre-crisis levels and approaching $600bn, while external and public debt is now entirely covered by cash reserves. Russia’s economy is currently in an unassailable position.

“In the aftermath of the press release and the press conference, we believe it is important to note three things as essential for this year's monetary policy outlook. i) Monetary policy signals remain weakly aligned with subsequent monetary policy decisions. Thus inflation reports between now and the March meeting are going to be more important than the current dovish turn in the Board's tone. ii) The fact that the Board relied on macroeconomic projections produced back in December might mean that current developments related to fiscal policy and the spread of 2019­nCov are going to be quantified later (and potentially released out­ of ­turn, following the precedent from last November). iii) The CBR is increasingly highlighting uncertainty related to its 6­7% neutral policy rate interval, and that makes monetary policy even more data­dependent (i.e.informed by data surprises), which basically means that the medium-­term policy rate path is only as certain as the inflation projections,” Alexander Isakov, chief economist at VTB Capital, said in a note.

Most analysts were expecting another rate cut, but not until March, but VTBC is now predicting yet another 25bp cut at the March meeting to 5.75%, followed by a pause until the YE20, with a slight probability of a third cut in July.

“Although much attention is paid to the wording of the CBR’s signal (whether it has become more dovish, or even significantly more dovish), the amount of attention flies in the face of the CBR’s own explicit advice (to focus on changes in the data and not the CBR’s verbal signals) and the weak historical link between the CBR’s signals and the outcomes of the subsequent meetings,” Isakov said.

“Throughout the second half of 2019 the CBR accompanied its decisions with rather cautious signals that it would merely “evaluate” the necessity for further easing at the next meeting. However, it reduced the key rate at each and every meeting in 2H19 and again most recently on Friday. Why? Because the Board responded to the data, with the reports on inflation consistently surprising to the downside,” Isakov added.

The main unknown now is the impact of the Coronavirus that may cause the CBR to revise its macroeconomic outlook for the rest of the year. The February cut in rates was based on macroeconomic projections formulated in December, which need updating.

“We believe there is a significant probability that the extent of such forecast revisions might warrant an out­-of­-turn release of CBR’s projections in March, if either the February inflation data proves out of line with the CBR’s December numbers or the growth numbers (particularly on exports and investments) come below the current projections,” Isakov said.

“The CBR's balance of payments projections for 2020 now see a $5bn slimmer current account surplus (the 2020 current account balance was revised to $47bn, from $52bn) due to the slightly higher imports of goods and services, which are expected to be offset by a lower outflow of private capital. This might reflect the halt in FDI outflows registered in 2019 and the CBR's expectations of that continuing in 2020 (see our Balance of Payments 2019 sets record for international inflows into Russian public debt, of 17 January),” says Isakov.